6 things to watch in the Alabama Senate election Tuesday 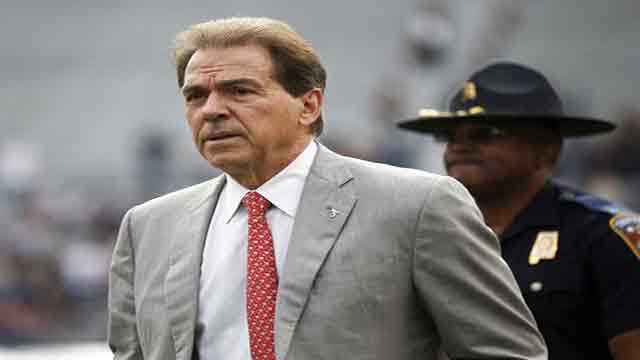 New York, Dec 12 (Just News): This from the category of "things you never thought you'd hear": There is U.S. Senate race in Alabama this week that is neck-and-neck.

"Huntsville is Republican territory but not Roy Moore territory," said Joseph Smith, chair of the Department of Political Science at the University of Alabama. "That's a place where you might see a drop off in Republican voting." Madison County is also one of the most populous in the state, so both candidates need to perform well there.

If Jones can keep Moore at or below Trump's numbers in Madison County, he may have a chance.
Suburban women

This is a key part of the equation in the Huntsville area as well as in Mobile County, the second largest county in the state. Moore is a controversial conservative who has twice been removed from his position as chief justice on the Alabama Supreme Court for refusing to enforce laws he felt violated his Christian beliefs, a kind of religious indignation that is less popular among suburban women.

In addition, the explosive allegations against Moore — that he pursued romantic contact with teenage girls when he was in his 30s — could cost him the support of some women who traditionally vote Republican.
Write-in votes

Alabama's senior senator, Republican Richard Shelby, offered a cagey answer the other day when asked who he had voted for: “I wrote in a distinguished Republican ... It was not Judge Moore.”

This is Jones' great hope: that enough Republicans turned off by Moore's religious fundamentalism or the scandalous headlines will cast their ballots for somebody else. Jones would love their votes, but for most Alabama Republicans, the idea of voting for a Democrat is just too much to consider.

Writing in a candidate may be a more palatable option. Two conservative candidates — Mac Watson and Ron Bishop — are running active write-in campaigns, but they are barely registering in the polls. National Republicans turned off by Moore had talked about trying to field a more credible write-in candidate, but it never happened.

Of course, Crimson Tide football coach Nick Saban always gets write-in votes in the football mad state, and some Republicans have suggested he would be the best option. But Saban is busy trying to win a national championship, so he's not running for the Senate.

If the "somebody else" vote reaches 5% or more on Tuesday, it could be critical to the outcome in a race that has seen the two front-runners separated by only about that margin in the polls.
Black voters

African Americans make up about 25% of the Alabama population; Jones needs them to make up 25% or more of the voters on Tuesday, several political experts told our Montgomery Advertiser colleague Brian Lyman last month.

Alabama's only Democrat in the U.S. Congress, Rep. Terri Sewell, has been coordinating visits to the state by high-profile members of the Congressional Black Caucus to get African Americans to go to the polls and vote for Jones.

Alabama's electoral map shows a stripe of blue counties that runs east west across the middle of the state — this is the "Black Belt," a string of very rural, predominantly black counties. They are reliably Democratic, but they are very sparsely populated. Jones needs huge turnout from larger African-American population centers in Mobile, Birmingham and Montgomery.
Evangelicals

This Roy Moore's base, and they have proven over the past several weeks that their support for him has not weakened in the wake of sexual misconduct allegations.

A fascinating article by Yonat Shimron of the Religion News Service a few weeks ago explored part of the reason the headlines are not scaring away Moore's base: They simply don't trust the Washington Post, which broke the story, and generally don't believe Moore's critics are godly enough to be believed.

Moore, on the other hand, has been a warrior for Christian causes, losing his job on the supreme court twice — first refusing to remove a Ten Commandments monument from the courthouse and again later for refusing to recognize same-sex marriages.

White evangelical Christians are believed to make up about half of Alabama's electorate — and that is enough to elect Moore if they all show up on Dec. 12.
Turnout

Despite the extraordinarily high national interest in Alabama's politics this year — including a campaign visit by President Trump in support of Sen. Luther Strange, who lost the GOP primary to Moore — turnout for both the August primary and the September Strange-Moore runoff was not particularly high.

If Jones is going to pull off what would be the most dramatic upset in the state in decades, he will need a vast crop of new voters to overcome the inevitable advantage Moore holds in the heavily Republican, heavily evangelical state.

"I really think the key to this election will be getting out traditional Democratic voters," particularly black voters, said Smith of the University of Alabama. "The new Birmingham mayor (Randal Woodfin) had a really good organization on the ground," Smith said, and managed to unseat an incumbent mayor. Woodfin "has been working with Doug Jones, and if they can mobilize Birmingham voters," that would give Jones a critical boost.-US Today