Rohingyas will be safe in areas designated for them: Myanmar army chief 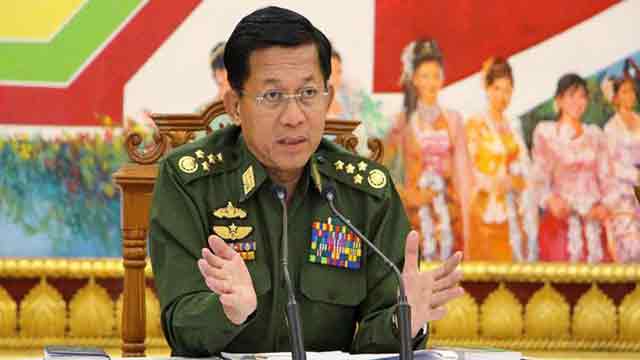 Yangon, May 5 (Just News): Rohingya refugees who return to Myanmar will be safe as long as they stay in the model villages built for them, the country's army chief has said, renewing fears they will be kept in settlements indefinitely.

Some 700,000 Rohingya Muslims fled Buddhist-majority Myanmar to Bangladesh after the military launched a brutal crackdown on insurgents in August that the US and the UN have called ethnic cleansing.

Myanmar and Bangladesh agreed to repatriate refugees to conflict-hit Rakhine state last year but Rohingya are loathe to come back to a country without guarantees of safety and basic rights such as freedom of movement.

The country's powerful army chief Min Aung Hlaing compounded those fears when speaking to a visiting delegation from the UN Security Council in the capital Naypyidaw on April 30.

"There is no need to be worried about their security if they stay in the areas designated for them," he told the delegation, according to a readout of the meeting posted on Min Aung Hlaing's official Facebook page on today.

He referred to members of the stateless minority as "Bengalis", reflecting a widespread belief in Myanmar that the Rohingya are immigrants from Bangladesh despite a longstanding presence in Rakhine.

The army chief also cast doubt on the allegations raised by refugees in Bangladesh, many of whom shared stories of extrajudicial killings, arson and rape.

"Bengalis will never say that they arrive there happily. They will get sympathy and rights only if they say that they face a lot of hardships and persecution," he reportedly said, adding that the issue was "exaggerated".

The UN has said conditions on the ground are not ripe for the refugees to return, despite Myanmar's insistence that it is ready even as no large-scale repatriation has occurred.

The government has built transit camps that can accommodate tens of thousands of people and a much smaller number of new houses to replace fire-blackened villages where Rohingya used to live.

The minority community has been persecuted in Myanmar for decades and Rohingya have lived in what rights groups have called apartheid-like conditions, with severe restrictions on movement and access to health services.

More than 120,000 Rohingya still reside in camps for internally displaced people in the Rakhine state capital Sittwe as a result of intercommunal violence in 2012 that killed hundreds.

Dil Mohamed, a Rohingya leader sheltering on the border, told reporters late last month that refugees do not want to stay in any transit camps due to similar concerns that they will be more than temporary.

"We are waiting here only until we are allowed to go back to our home," he said.