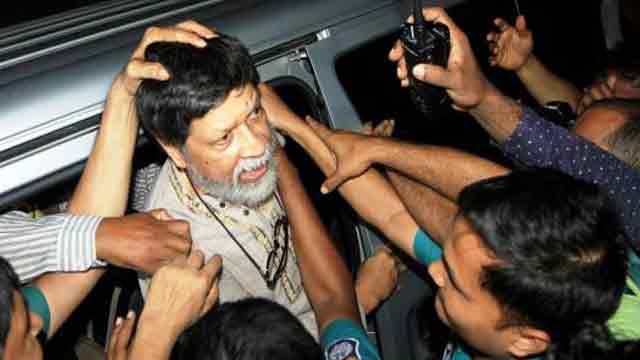 Dhaka, Sep 11 (Just News): A Dhaka court today rejected a bail petition filed by internationally-acclaimed photographer Shahidul Alam in a case lodged on charge of spreading propaganda and false information against the government.

Yesterday, the High Court directed the lower court concerned to dispose of by today (September 11) the bail application filed by Shahidul in the case.

Shahidul, 63, is now in Dhaka Central Jail in a case lodged under the controversial section 57 of Information and Communication Technology (ICT) Act. Police charged him with “spreading propaganda and false information against the government”.

The renowned photographer was picked up by plainclothes men from his home in the capital's Dhanmondi on August 5.

Police filed the case against him and produced him before a Dhaka court the following day. He was then placed on a seven-day remand.

In court, Shahidul said he was tortured in custody. Police denied the allegation.

On completion of his seven-day remand, Shahidul was denied bail and sent to jail by a Dhaka court on August 13.

The bench, however, did not disclose any reason for it.

Many notable personalities, including Nobel laureate Amartya Sen along with 11 other Nobel prize winners, have called for immediate release of Shahidul.