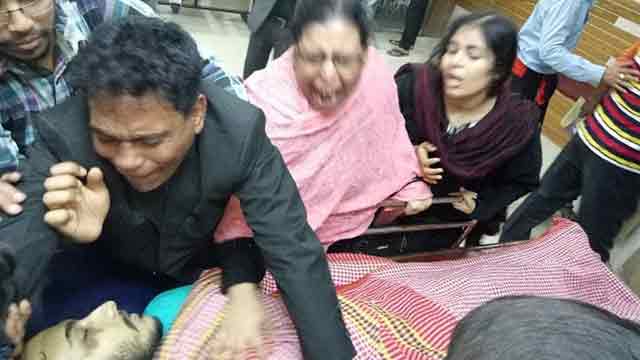 Gazipur, Dec 12 (Just News): Two cousins were chopped to death by miscreants at Duttapara of the city on Tuesday night.

The deceased were identified as Akhtar Hossain, son of Mujibur Rahman, and his cousin Ashiqur Rhman, son of Habibur Rahman of the area.

Firoj Talukder, officer-in-charge of Tongi Police Station, said a group of criminals swooped on the two cousins around 7pm and hacked them indiscriminately while they were gossiping at an under-construction building adjacent to Duttapara Baitul Rahman Jam-e Mosque, leaving critically injured.

Locals rescued the duo and took them to Tongi Govt Hospital where doctors declared them dead.

Akhtar returned home from the UAE one year ago and Ashiqur came to the country from Italy six months ago, the OC said, adding they were yet to ascertain the reason behind the murder.