Jukta Front opposes use of EVMs in election 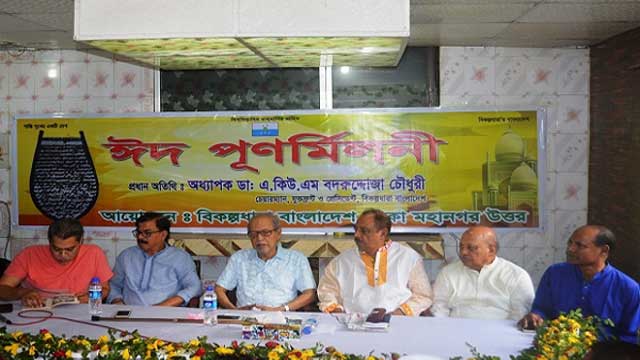 Dhaka, Aug 31 (Just News): President of Bikalpa Dhara Bangladesh Prof AQM Badruddoza Chowdhury on Friday opposed the Election Commission's decision to use Electronic Voting Machines (EVMs) in the national election. "It won't be allowed to take the vote through EVMs."

B Chowdhury, also a former president, came up with the remarks while speaking at a post-Eid reunion arranged by BDB's Dhaka north city unit at its Kuril Biswa Road office.

"We'll resist if any undemocratic and unconstitutional government wants to come to power through a conspiracy," he said.

He also warned the current government that it will be forced to accept the demand for holding the next polls under a neutral administration.

B Chowdhury said Jukta Front will not allow anyone to install an autocratic government as it is working for ensuring a politics of balance.

He said their alliance wants to forge a greater unity with all political parties, except those are anti-liberation ones, to ensure people's justified rights.