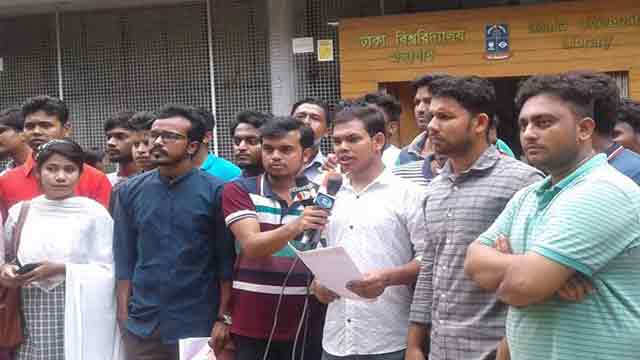 Dhaka, Sep 11 (Just News): Quota reformists today demanded the government to publish gazette on quota reform before the issuance of the circular of the 40th Bangladesh Civil Service (BCS) examinations.

The reformists also demanded all cases against the quota-reformists should be withdrawn.

The gazette must be issued in light of the five-point demand made by the quota-reformists previously, the joint convener said.

The demands were placed at a press conference in front of the Central Library at Dhaka University campus in the morning.

The deadline to issue the gazette was August 31 but as Road Transport and Bridges Minister Obaidul Quader had asked the quota reformists to keep patience, the students waited, the joint convener said.

“But now almost 10 days have passed and there is no activity centering the gazette notification,” said Bin Yamin.