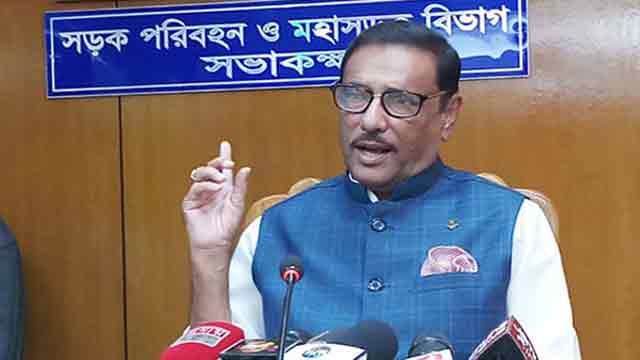 The size of the government will be similar to that of the last election, Quader, also the road transport and bridges minister, said this at a press conference at the Secretariat.

“I have had discussions with the prime minister. There will be no technocrats in the election-time government and its size will be small,” the AL general secretary said.

Asked about the Jatiya Party’s request to include one or two of its leaders to the polls-time government, Quader said the prime minister will consider the issue.

The nomination of eligible candidates for the national elections will be finalised within next month, he said.

About the hearsay that a list of 100 candidates has been prepared, Quader said he does not know about such a list. “Even if such list exists, only Prime Minister Sheikh Hasina knows it.”

About the seat allocation among the party alliances, he said the number could be 65-70.

The ministry organized the briefing to address various contemporary issues.