Road transport act to be placed in Parliament Sunday 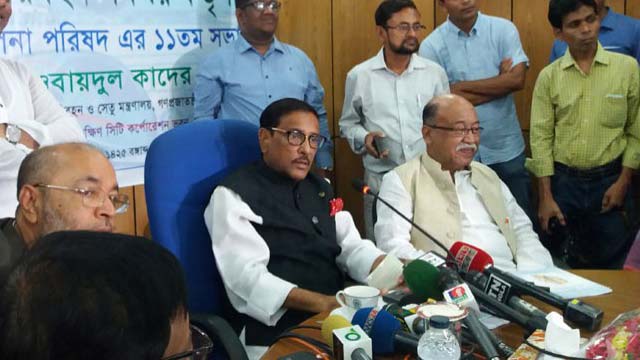 Dhaka, Sep 12 (Just New): Road transport and bridges minister Obaidul Quader on Wednesday said that the proposed Road Transport Act 2018 would be placed before the parliament next Sunday.

The bill then would be sent to the standing committee, he said.

'I hope the bill be enacted at the last session of the Parliament in October', he said at the 11th Dhaka Transport Coordination Authority board meeting at its head office in the capital.