PM off to Cambodia on 3-day official visit 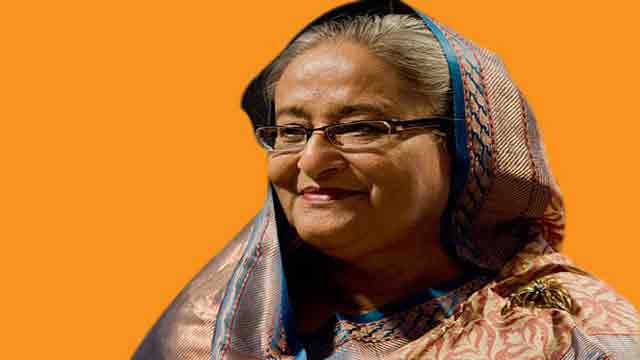 A VVIP flight of Biman Bangladesh Airlines carrying the Prime Minister and her entourage took off from Hazrat Shahjalal International Airport at8:35amfor the Cambodian capital.

The flight is scheduled to reach Phnom Penh International Airport at12:30 pm(Cambodia time).

The minister-in-waiting appointed by Cambodian Prime Minister Hun Sen and Bangladesh Ambassador to Thailand and concurrently accredited to Cambodia Saida Muna Tasneem will receive the Prime Minister at the airport.

Later, a ceremonial motorcade will escort Sheikh Hasina to Hotel Sofitel, where she will be staying during her visit to Cambodia.

In the afternoon, Sheikh Hasina will place wreaths at the Independence Monument at Phnom Penh.

She will also lay wreaths at the Royal Memorial Statue of Late King of Cambodia Norodom Sihanouk.

Hasina will join dinner to be hosted by the Bangladesh Ambassador to Cambodia. Bangladesh community members living in Cambodia will also attend the function.

On Monday, the Prime Minister will hold official talks with her Cambodian counterpart Hun Sen. Before the talks, the two Prime Ministers have a tete-a-tete.

Later, 11 instruments -- two agreements and nine memorandums of understanding (MoUs) -- will be signed between Bangladesh and Cambodia in the presence of the two prime ministers.

The naming of two important roads in Dhaka and Phnom Penh after the Father of the Nation of both the countries will be announced at the function where Sheikh Hasina and Hun Sen will deliver at a joint press statement.

Sheikh Hasina will have a royal audience with King of Cambodia Norodom Sihamon and will separately call on Cambodian Senate President Say Chhum and National Assembly President Heng Samrin.

He said the Prime Minister will hold bilateral talks with her Cambodian counterpart Hun Sen focusing on trade and investment and cooperation in various sectors.

The 11 deals and MoUs which are expected to be signed between the two countries are civil aviation flight operation deal, agreement relating to formation of Joint Trade Council, cooperation agreement to implement SDGs by 2030, MoU relating to labour and vocational education, cooperation deal in tourism sector and preservation of history of liberation war and monument, MoU in fisheries and aquaculture, MoU in expansion of investment, cooperation agreement between the trade bodies of the two countries and expanding academic ties between Bangladesh Institute of International and Strategic Studies (BIISS) and Royal Academy (RAC) of Cambodia.

The two countries have decided to name 'Baridhara Park Road' in Dhaka's diplomatic zone after Cambodia's late King Norodom Sihanouk and a road in Phnom Penh after Father of the Nation Bangabandhu Sheikh Mujibur Rahman.