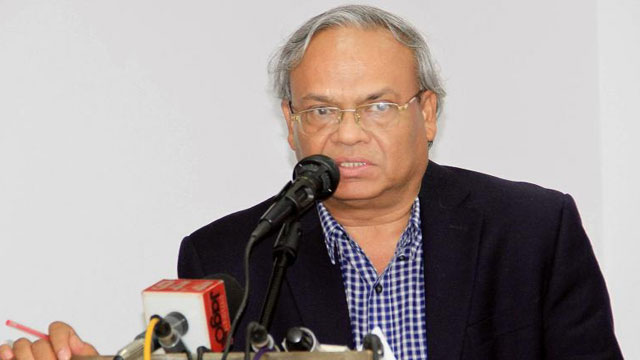 Dhaka, Dec 7 (Just News) : The BNP on Thursday alleged that a level-playing field for the candidates of all parties is not yet created in the election to Rangpur City Corporation.

`The election commission is not taking any action against Awami League nominated mayoral candidate in the Rangpur City Corporation polls though he has repeatedly been violating the electoral code of conduct. But the Commission is regularly warning the BNP's candidate,' said BNP senior joint secretary general Ruhul Kabir Rizvi.

Speaking at a press conference at BNP's Nayapaltan central office, he further said, `We see all candidates are not getting equal scope for carrying out electioneering in the Rangpur polls. The Commission still could not ensure a proper atmosphere for a fair and credible election there.'

The BNP leader also alleged that voters have got panicked as the ruling party leaders are trying to establish their supremacy in the polling areas. `Under the circumstances, we're in serious doubt whether the election will be fair and neutral one.'

He demanded that the EC will create a healthy atmosphere in Rangpur for a fair balloting, and deploy army with magistracy power.

Rizvi further alleged that the ruling party men are trying to intimidate voters and harass the BNP candidate and his supporters using the administration.