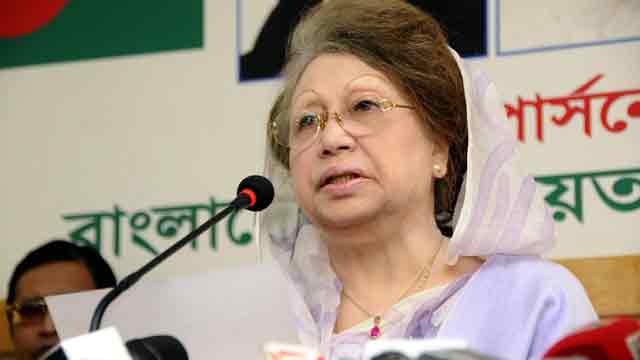 Dhaka, Jan 7 (Just News): BNP Chairperson Begum Khaleda Zia is going to sit in a meeting with top leaders of her party-led 20-party alliance on Monday night to discuss the country's latest political situation and work out its next course of action.

The meeting of the 20-party alliance will be held at BNP chairperson's Gulshan office around 8:30pm, Khaleda Zia’s media wing source confirmed it.

He said issues like holding a rally in the city at the end of this month, by-polls to Dhaka North City Corporation's mayoral post, other city polls and national election, development over the trial of two graft cases against Khaleda Zia and her plan to visit some other cities and districts may come up for discussions at the meeting.

The BNP leader also said Khaleda Zia may seek the opinions of the alliance to work out a strategy to effectively mount pressure on the government to hold the next polls under an election-time neutral government dissolving parliament.