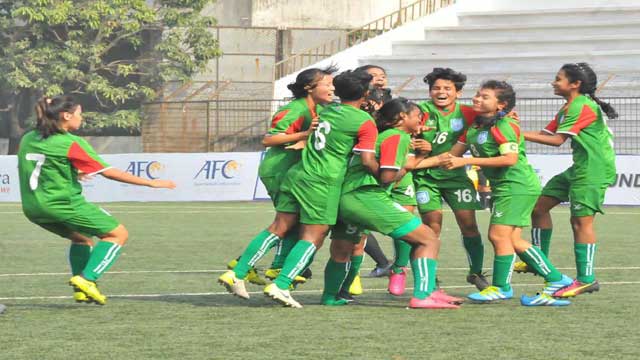 Shamsunnahar scored the opening goal in the 41st minute of the half.

The hosts wasted a couple of scoring opportunities earlier in the first half. The goal came in the 41st minute of the game as Anuching Marma's shot was thwarted by the India goalkeeper before Shamsunnahar put the ball into the net.

Bangladesh had beaten their Indian counterparts 3-0 in the league stage match.