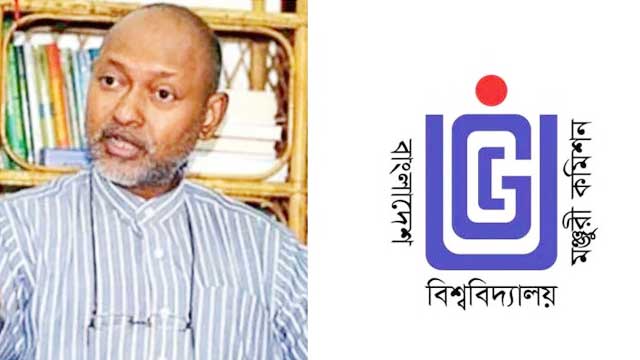 Begum Rokeya University, Rangpur Vice-Chancellor Prof Nazmul Ahsan Kalimullah's comments on the education minister and the probe committee that investigated allegations of corruption against him are unexpected from a man of his stature, said the University Grants Commission in a statement today.

An impartial investigation was done when probing the allegations, it said.

Kalimullah made the comments regarding the committee and Education Minister Dipu Moni at a press conference on Thursday (March 4). Such a comment was not expected from a VC, the statement said.

The education minister did not try to influence the probe, it added.

Kalimullah, during the press conference, denied all findings of the UGC's recent report on his irregularities. He said it was biased and fabricated, and Dipu Moni had influenced the findings.

Hours after the conference, the education ministry denounced the statement, terming it fabricated, baseless and motivated.

"I state, without any hesitation, that Education Minister Dipu Moni, due to her personal animosity towards me, forced the UGC to prepare the fabricated and biased report," said Kalimullah at the conference.

He also claimed that he was a victim of local politics of Chandpur district.

"UGC member Muhammad Alamgir, who led the investigation team, is from Chandpur and served the minister's agenda by making me a scapegoat for the corruption done by the previous VC," he said.

UGC had launched an investigation on 45 allegations against the BRUR VC.

Recently, a probe body found irregularities surrounding the construction of two 10-storey buildings and a mausoleum at the university. It recommended taking measures against those involved, including the VC.

In the press statement, the education ministry said they have received the investigation report, on which a high-level meeting will be held soon at the ministry.