Now, university student ‘pushed off’ to death from bus 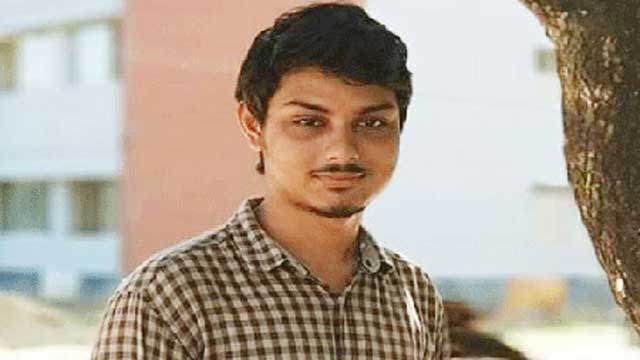 A student of Sylhet Agricultural University (SAU) was killed on Sylhet-Mymenshingh Highway in Moulvibazar this evening after he was allegedly pushed out of a running bus by its helper following an altercation.

The deceased was identified as Wasim Adnan, 21, son of Abu Zaher Mahbub and Dr Mina Parvin, and a fourth-year student of the university’s Biotechnology and Genetic Engineering department.

After attending a marriage ceremony in Habiganj, Wasim along with some of his friends was returning to the university by a ‘Udar Paribahan’ bus around 6:00pm when the students locked into an altercation with the bus driver and his helper over fare, said Kamrul Islam, a sub-inspector of Sherpur Highway Police Station.

Wasim was run over by the speedy bus after he was pushed out of it by the helper, leaving him severely injured, the SI said.

He was rushed to Sylhet MAG Osmani Medical College Hospital where the doctors declared him dead, said Siplu Roy, a friend of the victim who was present during the incident.

The bus was later seized by police from Begumganj area of Osmaninagar upazila in the district, the police official said.

However, the driver and the helper managed to flee, he added.

Following the incident, agitating students were gathering at Sylhet Central Shaheed Minar to demand justice for Wasim till last reported.