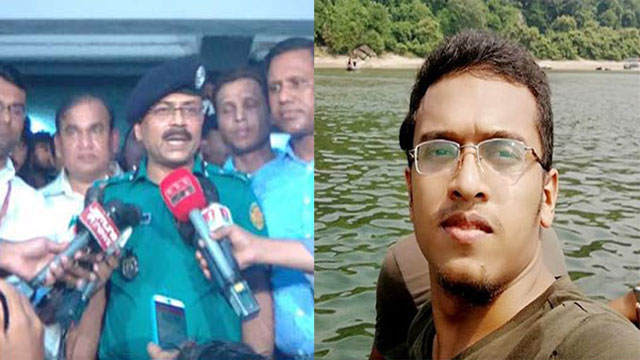 A total of nine students have so far been detained for their alleged link to murder of Buet student Abrar Fahad, according to police.

Earlier, after inspecting Sher-e-Bangla hall on the Buet campus where Abrar was beaten dead, Additional Deputy Commissioner of DMP Abdul Baten told reporters that they have identified six students based on CCTV footage and four out of the six students are already in the police custody.

Muhtasim and Mehedi are Civil Engineering Department students of Buet and residents of Sher-e-Bangla hall, the police official said.

Police are trying to detain the rest suspects in this connection, the DMP official said.

Abrar, a second-year student of Electrical and Electronic Engineering department of Buet, was found dead after Bangladesh Chhatra League men suspected him as a supporter of Islami Chhatra Shibir, student wing of Jamaat-e-Islami.

Abrar died of “internal bleeding and excessive pain” as he was badly beaten up by blunt objects like cricket stump or bamboo stick, doctors of Dhaka Medical College Hospital said after his autopsy.