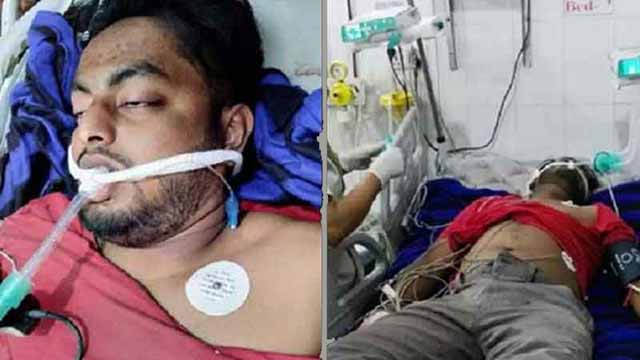 Tuhin Farabi, one of the injured in the attack on the Dhaka University campus on Sunday, was shifted to Urology Ward from the Intensive Care Unit (ICU) of Dhaka Medical College and Hospital (DMCH) as his condition improved.

DMCH Director Brig Gen AKM Nasir Uddin confirmed it to media at 11:00am on Monday (today).

Farabi was kept under observation in the ICU of the hospital as he was having breathing problems, he said.
According to media report, a total of 28 people, including DUCSU VP Nur, were taken to the hospital for treatment after the attacks. The DMCH admitted 14 of them and released the rest.

When the Awami League and BCL leaders came, Nur’s followers gathered and staged a sit-in outside the emergency department blocking the path.