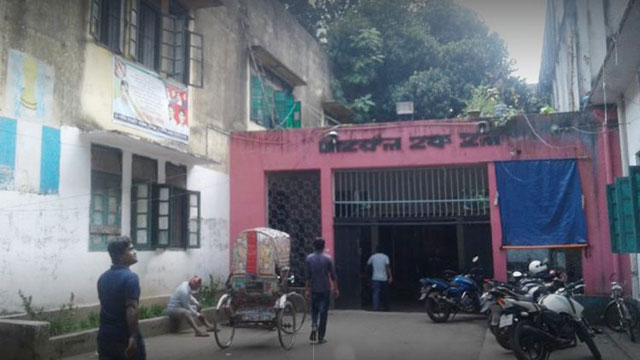 The assaulted students are: M Mukim Chowdhury of department of Tourism and Hospitality Management, Sanwar Hossain of Political Science, Minhaz Uddin of Islamic History and Culture, and Afsar Uddin of Arabic department of the university.

Suspecting them to be Shibir activists, a group of BCL men took the four students to guest room of Zahurul Haq Hall and beat them up with sticks and iron rods, said two BCL men, seeking anonymity, who witnessed the incident.

The witnesses also said the BCL men first called Mukim to the hall guest room around 11:30pm yesterday. They put pressure on Mukim to admit that he is a Shibir activist. As he refused, the BCL men beat him with iron rods and sticks.

After seeking the chat list on Mukim’s phone, they called three others- Sarwar, Minhaz, and Afsar - to the guest room and tortured them the same way.

Contacted, Anwar Hossain, vice-president of Zahurul Haq Hall unit of BCL, said, “The hall union members informed me that they caught a Shibir man and they saw a screenshot of Mukim’s conversation.”

Anwar said he asked the hall union members to hand over Mukim to law enforcers.

“I know nothing whether Mukim and three other students were beat up as I came to my room from the guest room,” he added.

A proctorial body of the university and the hall administration handed over the four students to Shabagh Police Station around 2:00am today, Hall Provost Delwar Hossain told our DU correspondent.

Abul Hossain, officer-in-charge of Shahbagh Police Station, said police released the four students from the police station around 2:00pm after they were given primary treatment from Dhaka Medical College Hospital.

One of the four injured students started a sit-in programme on the campus today demanding punishment of everyone involved in the incident.

Mukim started the sit-in programme around 5:00pm at the base of the Raju Memorial Sculpture at University of Dhaka.