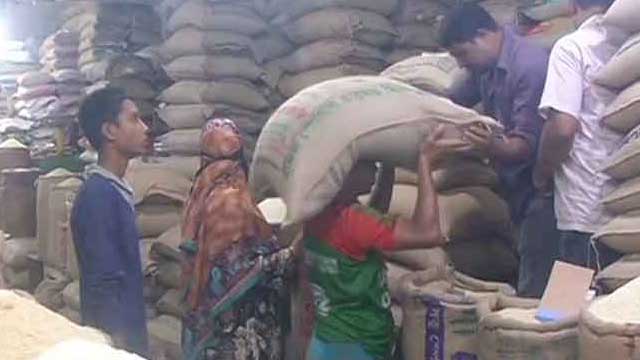 Prices of rice and edible oil continued to rise in the city’s kitchen markets after a sharp increase in the onion price across the country.

Consumers and market experts said that the continued rise in commodity prices caused serious hardship for the poor and lower middle-income group as many of them lost their income due to the coronavirus pandemic.

Despite a surplus production of paddy in the country, consumers have no respite from sufferings from the high staple price due to the manipulation of profit-mongering businesses, experts said.

Traders, however, said that rice prices increased due to the shortage in the supply of paddy on the market while edible oil prices went up due to the hike in the prices on the international market.

Earlier, the prices of onion witnessed a sharp rise in the country as India prohibited the export of the commodity on September 14.

Government officials said that they were working to keep the prices stable and for the purpose a number of monitoring teams remained active in the markets.

The prices of fine varieties of rice have gone up by Tk 1-3 a kilogram on the city market while the prices of the coarse varieties have decreased by Tk 1-2 a kg over the last three to five days.

The fine variety of Najirshail rice was retailing for Tk 60-65 a kg.

Maksud Alam, a retailer at Mohammadpur Krishi Bazar, said that the wholesale prices of rice increased by Tk 50-100 a bag (50 kg) in the last couple of days.

He said that the price increased for mostly fine varieties while the prices of coarse varieties decreased slightly.

‘There is no acceptable reason for the rise in prices of rice as the country produced a surplus of the staple crop. Most probably, some of the rice millers are thinking that the government has lost its capacity to tackle the commodity market,’ Consumers Association of Bangladesh president Ghulam Rahman told New Age on Thursday.

He said that the government had failed to achieve its procurement targets of rice and paddy due to the noncooperation from rice mill owners.

‘Many private-sector employees have lost their jobs due to the coronavirus pandemic and the price hike of essential commodities has put them in an untold suffering,’ Ghulam Rahman said.

He urged the government to raise the rice stock through immediate import and bring those traders manipulating the market to book.

The prices of unpackaged soya bean oil and palm oil have increased by Tk 5-6 a litre in the course of last five days.

Md Golam Mawla, president of Bangladesh wholesale edible oil traders association, said that the prices of edible oil increased on the international market in the last few months but the prices of the commodity went up on the domestic market recently.

He said that the production of edible oils remained suspended in source countries due to the coronavirus pandemic.

Bangladesh, Golam Mawla said, fully depends on import for edible oils and the items’ prices would remain high until they went down on the international market.

Md Saidul Islam, living in Mohammarpur area of the city, expressed anguish over the high prices of commodities.

Saidul, who worked as a security guard at an apartment building in the city, said that he lost his job due to the pandemic and now his family passed through severe hardship as the prices of essentials were increasing every day.

The onion price shot up to Tk 120 a kg from Tk 70 a kg in the city markets on September 15 after an export ban was imposed by the Indian government.

The prices of the item, meanwhile, decreased slightly in the city markets but still remained high.

The local onion was retailing for Tk 80-90 a kg while imported varieties for Tk 80-85 a kg on Thursday.

Commerce secretary Md Jafar Uddin said that a number of monitoring teams were working in markets to keep the commodity prices stable.

‘I hope the prices of essentials will come down within a short time,’ he said.