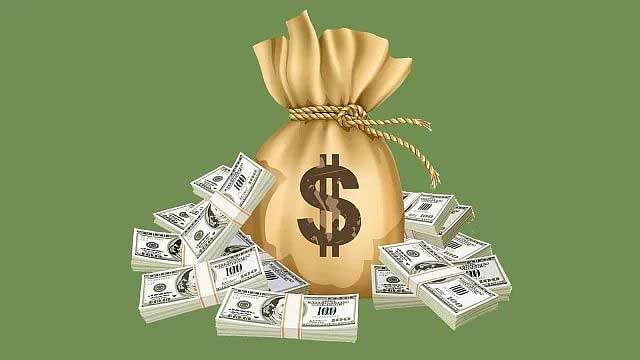 A total of US $603,947 has been stolen from JECI, USA. In Bangladeshi currency, the amount is Tk 51.3 million at Tk 85 per dollar, according to the sources at the financial institution division of the finance ministry and Janata Bank.

Janata Bank is considering the heisted money as 'missing funds'. Although Janata Bank head office, JECI and the financial institution division and Bangladesh Bank exchanged letters for ten months, the matter has not been settled.

However, JECI filed a case in New York and engaged lawyer to recover the money.

Speaking to Prothom Alo, Janata Bank managing director Abdus Salam Azad said, "We are embarrassed over the matter. We have taken steps to recover the money and it is being delayed due to coronavirus."

Janata Bank asked Shusmita Tabassum to run the company as it was taking time for visa of Mahbubur Rahman.

But Shusmita Tabassum is not a regular employee of Janata Bank.

When asked why an outsider was given the charge of exchange house, MD Abdus Salam Azad said, "We could not realise that such a problem would emerge."

Prothom Alo investigation finds that Shusmita Tabassum, born in 1982, is a member of Dhaka Bar. Her village home is in Kushtia. Her address is a house at Khilji Road in Mohammadpur in Dhaka. Her mobile number given in the Bar was found to be switched off.

How the heist detected

The incident was disclosed after Mahbubur Rahman had joined as president and CEO of JECI, USA. He joined on 11 February this year. On the following day of joining, he found that there was a mismatch of JECI funds.

Mahbubur Rahman found that JECI was a losing organisation since its beginning. In 2015, its income was $3,045 dollars while expenditure $54,957. The expenditure was much higher than the income every year.

On 15 and 20 February, in separate e-mail messages including details of the incident, Mahbubur Rahman informed Janata Bank that a total of US $603,947 has been stolen from JECI, USA.

The incident of fund heist was discussed at the board at the last week of February. Later, on 1 March, Janata Bank sent a letter describing the entire matter to financial institution division secretary Md Asadul Islam.

On 19 August, the financial institution division sent a letter to Bangladesh Bank governor Fazle Kabir to take necessary steps after investigation of the matter thoroughly. As steps were not taken, the reminding letter was sent to the governor on 13 October. Sources said Bangladesh Bank has not taken any initiative so far.

The JECI bank account was being operated at Habib American Bank (Hab Bank) at Jackson Heights in New York.

On the first day of detection, Mahbubur Rahman wanted to know the details of the incident from Shusmita Tabassum. Shusmita informed him that the account could not be updated as she was sick and she sought time till 22 February to adjust the account.

Analysing letters and documents, it was found that Shusmita submitted three receipts of depositing US$509,820 to Hab Bank on 17 February.

On 18 February, Mahbubur Rahman along with Shusmita went to the Jackson Heights branch, and the branch informed them that no money was deposited to the account of JECI. On the very day, Shusmita Tabassum filed a written allegation to the head office of Hab Bank for non-deposit of money.

Hab Bank interviewed her on 21 February. In an e-mail on 25 February, Hab Bank informed Shusmita that the amount of money mentioned in three receipts was not deposited to the JECI account and her allegation was not acceptable.

Mahbubur Rahman conveyed this information to the head office of Janata Bank in Dhaka. Shusmita's mobile number used in USA was found to be switched off for over last couple of days when calls were made several times. When contacted, Mahbubur Rahman declined to make any comment over the matter.

On the same day, Mahbubur Rahman in a letter apprised foreign secretary Masud Bin Momen of matter in details. But there is no progress of recovering the money.

Bangladesh Bank former governor Salehuddin Ahmed said, "The operation and management authorities have liabilities. It is a mystery how a teller, who is not a regular employee of the bank, was given the charge of the exchange house."

"A syndicate is involved in it. Bangladesh Bank should open an investigation and bring the perpetrators to book," Salehuddin told Prothom Alo.-Prothom Alo