Banks to serve three hours from April 21 to 28 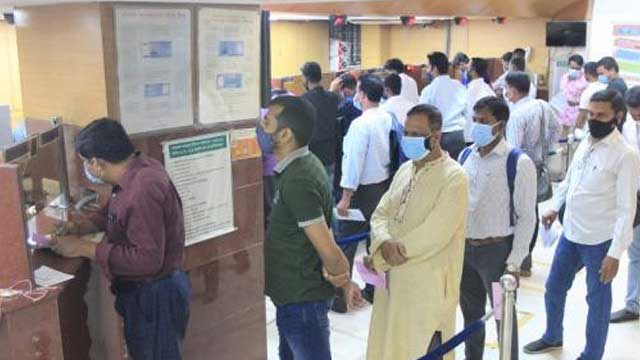 Banks would provide three hours services to customers during the extended period of countrywide restrictions on movement from April 21 to April 28.

Bangladesh Bank issued an instruction in this regard following a Cabinet Division circular on Tuesday on the restriction extension till April 28 midnight as Covid-19 deaths still remain high.

A BB circular issued in this regard on Tuesday said that the banks will have to follow the same procedure as it was followed by them from April 14 in line with a BB circular of April 13.

During the eight-day restriction on movement from April 14 to April 21, the banking transactions were taking place from 10:00am to 1:00pm and the banks were allowed to keep their offices open till 2:30pm for the completion of relevant tasks.