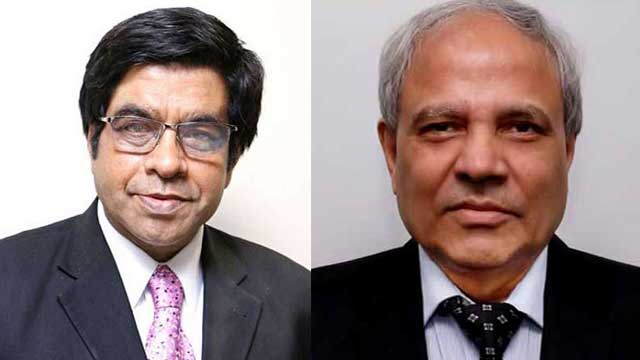 Both of them are former bureaucrats.

Officials said IBBL board of directors accepted their resignation letters in a meeting on Tuesday.

The board also proposed Dhaka University's professor Nazmul Hassan as IBBL's new chairman. He became Islami Bank’s one of the directors on behalf of Armada Spinning Mills.

Asked about his resignation, Arastoo said, ''I resigned as I failed to manage my workload. I was too busy to give time to my family.''

The changes were apparently brought in the Shariah-based bank following instructions of the government high-ups.

Accordingly, Arastoo Khan, an ex-bureaucrat who was chairman of Bangladesh Commerce Bank, became chairman of Islami Bank, replacing incumbent Mustafa Anowar. At the board of directors' meeting, the then vice chairman Azizul Haque too resigned.

As a representative of Ibn Sina run by Bangladesh Jamaat-e-Islami leaders, Mustafa Anowar was serving as the chairman of the bank. He also resigned from the post of director as well as from the post in the bank’s foundation.

Arastoo Khan had to resign as chairman of Bangladesh Commerce Bank to join the Islami Bank. He became Islami Bank’s one of the directors on behalf of Armada Spinning Mills.