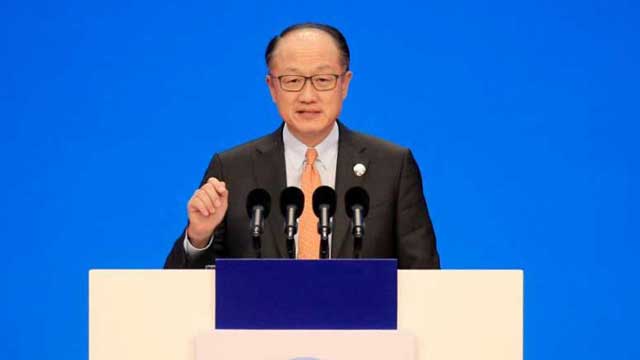 World Bank Group President Jim Yong Kim will join Global Infrastructure Partners (GIP), a private equity fund that invests in projects in wealthy and developing countries, the firm said on Tuesday, a day after Kim’s shock resignation from the bank.

Kim, who joins New York-based GIP on February 1 as a partner and vice chairman, has accepted a one-year ban from dealings with any World Bank units, including its private sector lending arm, the International Finance Corp, a person familiar with his departure arrangements said.

A major part of the lender’s work is lending to build infrastructure such as power, water and transportation projects in developing countries. Kim resigned more than three years before his term ends in 2022 amid differences with the Trump administration over climate change and the need for more development resources.

Discussions between Kim and GIP about the new job came together about six weeks ago at the G20 summit in Buenos Aires, the person said. Kim has emphasized that harnessing private sector investment funds was the key to building badly needed infrastructure amid constrained public budgets.

After securing a $13 billion capital increase last year and replenishments of the World Bank’s donor fund for the poorest countries, Kim said on Monday in a note to staff that the opportunity “is the path through which I will be able to make the largest impact on major global issues like climate change and the infrastructure deficit in emerging markets.”

The World Bank’s board is expected to meet later this week to discuss the search for a successor to Kim.

While the United States has traditionally nominated the World Bank’s leader, the tradition could be challenged, as it was when Kim’s nomination by former president Barack Obama in 2012 was contested by candidates from Colombia and Nigeria, under an open nomination process that is still in place.

The United States holds an effective veto on the World Bank board, with about 16% of its total voting power, followed by Japan with about 6.9% and China with 4.5%.-Reuters