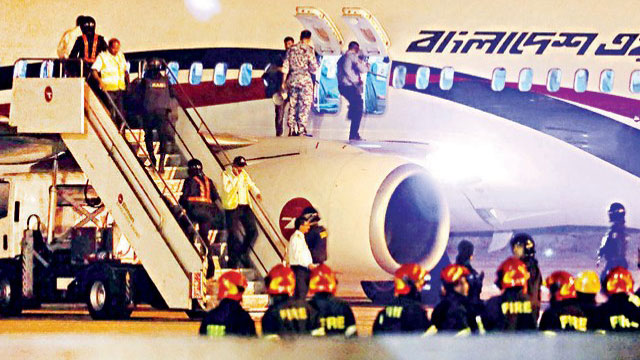 Two supervisors of Civil Aviation Authority of Bangladesh (Caab) and three Ansar men have been suspended for negligence of duty over the attempt of a miscreant to hijack a Biman Bangladesh Airlines aircraft.

Civil Aviation and Tourism Secretary M Mohibul Haque told UNB on Monday that they took action against them for dereliction of duty after scrutinising the video footage.

In the video footage, it was found that the five were not performing their duties with due attention while scanning luggage and frisking passengers at Shahjalal International Airport, he said.

The miscreant had been able to board the aircraft along with a toy gun dodging security arrangements at the airport.