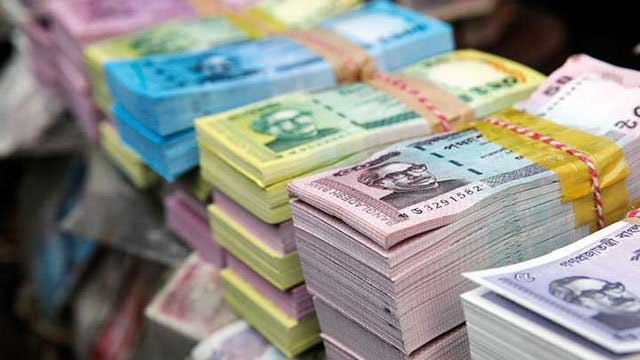 Expatriates have sent $1.37 billion remittances in June — the last month of the just concluded 2018-19 fiscal (FY19), down by 1.17 percent than the same period of the previous fiscal.

Bangladesh received $1.38 billion remittances during June in 2017-18 financial year, according to figures by the central bank.

“The flow of remittances into the country showed downward trend in June of the 2018-19 fiscal while the overall inflow was 9.47 percent higher compared to the previous fiscal," said Bangladesh Bank spokesperson M Serajul Islam.

Remittance inflow hit record $16.4 billion in the FY19, which the central bank attributes to the continuous depreciation of taka against the greenback.

The remittance in 2017-18 fiscal year stood at $14.98 billion, according to data of Bangladesh Bank.

The central banks "has taken many incentives causing a rise in remittance inflow thorough banking chancels," said Islam, who is the executive director of Bangladesh Bank.

According to analysts, expatriates were encouraged to remit more amounts of funds to their families in Bangladesh as the exchange rate has increased significantly in recent times.
Before this year’s record remittance, Bangladesh received highest $15.32 billion remittance from in 2014-2015 fiscal year.

The country received $12.76 billion in remittances in FY17 and $14.93 billion in FY16.
Appreciation of the dollar in the country’s local market against taka is a major stimulus for sending more remittance through legal channels, a Bangladesh Bank high official has said.

The government has allocated Tk 30.60 billion in the budget for the fiscal year of 2019-20 to provide 2 percent incentive against remittance receipts and to encourage the expatriate workers to send more and more money through legal channels.

"Remittance will increase further in the upcoming days due to the incentive" said Islam.