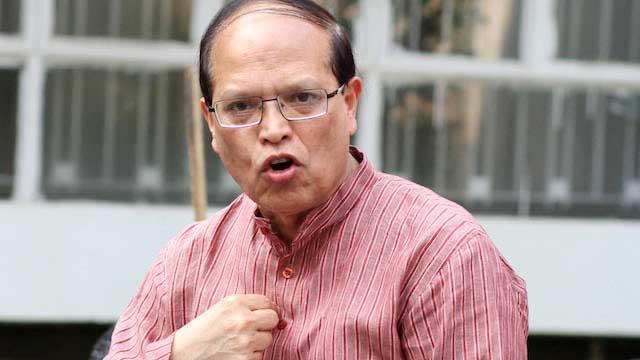 After learning about the theft of foreign currency reserves, the governor of Bangladesh Bank at the time, Atiur Rahman, concealed the matter from the government for 24 days.

The Farashuddin committee’s inquiry report has commented that there can be no justification for hiding the reserve theft from the relevant authorities. In fact, it was a blatant crime. They said that not informing the prime minister’s office and the finance ministry of the matter was a breach of conduct.

The heist took place on Thursday night, on 4 February 2016. Bangladesh Bank came to know for certain about the incident on the afternoon of Saturday, 6 February. However, the central bank did not inform either the prime minister or the finance minister about the matter.

When the inquiry committee asked why the matter was kept hidden, the central bank’s deputy governor at the time, Abul Kasem, submitted in writing that when he ascertained the matter of the heist on Saturday, 6 February, he informed the Bangladesh Bank governor Atiur Rahman and advised him to file a general diary (GD) with the police station, and to submit a copy of the GD to the PM’s office and the finance ministry. But the governor told him that if a GD was filed, the bank’s officials would be harassed and alarmed. He also said that the finance minister also couldn’t be trusted to keep his mouth shut about the matter. He instructed the bank officials to keep the internal investigations strictly confidential.

The Farashuddin committee commented that, upon the advice and uncertain assurance of a foreign quarter, the central bank governor did not even feel the need to consult any legal authority or inform the central bank’s board of directors. When the Philippine daily, Inquirer, reported about the Bangladesh Bank reserve heist on 29 February, the governor informed an intelligence agency about the matter on 1 March. He then sent an SMS to the prime minister and met with the finance minister on 7 March.

The Farashuddin committee asked Atiur Rahman to meet them any time and any day to explain why he had not revealed the matter to the government. However, he did not comply with this request, saying he did not want to leave home in fear of being beset by the media.

The inquiry committee has termed the matter as unjustified, a blatant crime and a breach of conduct. They expressed their surprise at the irresponsibility and silence of the governor and others.

When contacted, Atiur Rahman refused to comment on the matter.

The inquiry committee concluded that, in the 44 years since Bangladesh’s independence, there have been 12 finance ministers and 10 governors. There have been differences between the finance ministers and governors in the past, but this time the conflict has been unwarranted, damaging to the economy and extremely negative for the country’s good governance and reputation.