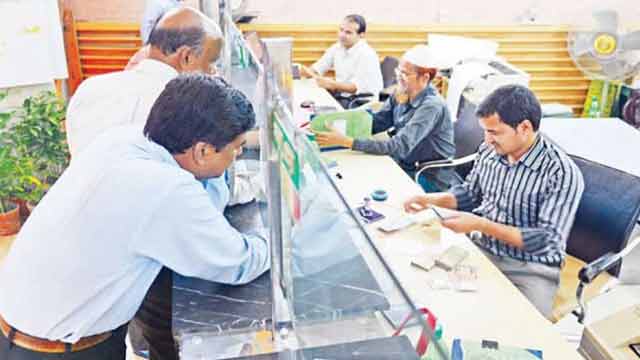 Bangladesh’s ranking in soundness of banks is the lowest among the South Asian countries — a fact which experts blame on irregularities and lack of good governance in financial sector.

According to the “Global Competitiveness Report 2019”, Bangladesh scored 38.3 out of 100 and ranked 130th out 141 countries in soundness of banks.

In global competitive ranking in 2019, Bangladesh ranked 105, which was 103rd in 2018. The country's overall score, however, remained unchanged at 52.1 in doing business.

The reports have cited assets quality, mounting non-performing loans, difficulties in getting loans, deteriorating clients’ trust in banks, weak financial auditing, regulations’ inability to ensure financial stability and inefficiency of management as reasons for the vulnerability and low scores.

According to Bangladesh Bank data, total defaulted loans in the banking stood at Tk112,425 crore as of June.

Why vulnerability in banking sector

For the fragile situation in the country’s financial sector, economists, bankers and businesspeople blame absence of good governance and monitoring, lack of accountability and political influences in disbursing loans.

“Problems may arise in the banking sector which through prompt regulatory actions can be solved. However, in Bangladesh, for last few years the situation has been worsening continuously in both government and private banks,” former Bangladesh Bank governor Salehuddin Ahmed has told Dhaka Tribune.

The barriers were lack of good governance, accountability and political influences, while shortage of skilled professional was another key issue for the vulnerability, Ahmed mentions.

On top of that, he says, the culture of impunity is another key factory fueling the vulnerability.

The authorities, he says, know that there are default loans and corruption and who the people are doing these, but there is no visible action.

Steps are limited to investigations, which, in a way, is rewarding the culprits, the former governor thinks.

CPD has conducted the survey in Bangladesh on behalf of the World Economic Forum (WEF) and recently unveiled the report in Dhaka.

The regulations in the banking sector are somehow unable to ensure financial stability, while financial auditing and reporting remain weak despite the formation of Financial Reporting Council (FRC), Moazzem points out.

As a result, people found it difficult to obtain loans from banks, he says.

How to improve ranking

To bring stability in the financial sector, economists as well global lenders suggest massive reforms and structural changes. They also call for political commitment and curbing the political influences in the sector.

“There are problems and weaknesses especially in the financial sector. We have had serious and intense discussion with the authorities on this. We have recently concluded what is called a financial sector stability review with a focus on what needs to be done for financial stability,” Anne-Marie Gulde-Wolf, deputy director of IMF’s Asia Pacific Department (APD), a press briefing at World Bank-IMF’s annual meeting in Washington DC on October 18.

"Financial stability is endangered by high rate of non-performing loans in the economy," she said in response to a question regarding Bangladesh's current financial situation.

Besides, bankers and economists call for political commitment and long-term regulatory steps to make the banking sector stable.

“What the sector badly needs is strong regulatory reforms from the regulator sides, which is not happening despite having pressures from all corners,” says Salehuddin.

Association of Bankers, Bangladesh (ABB) Chairman Syed Mahbubur Rahman says: “Bangladesh Bank has to think about new ways of becoming stronger in terms of taking regulatory action in collaboration with the judiciary."

"Since there is no sign of improvement and it is going from bad to worse, the central bank has to come up with long-term effective measures," suggest Rahman, also managing director of Dhaka Bank.

On top of that, he stresses political commitment to improve the situation.

“In the financial sector, the resolution of fragile banks and the implementation of regulatory reforms are near-term priorities. A comprehensive asset quality review (AQR) needs to be undertaken to understand the true extent of NPLs and the capital shortfall of the SOBs,” the World Bank recommended in its Bangladesh Development Update 2019.

Reform would require an emphasis on focused mandates and improvements in corporate governance, internal controls, risk management and underwriting standards; and an upgrade of supervision, regulation and compliance, it added.

“Inequality is getting more and more prominent in the banking sector. Small and Medium Enterprises (SMEs) are fighting for funding, while a handful of industrialist are getting loans but not repaying them using rescheduling opportunities,” states Salehuddin.

Attaining an 8.2% GDP growth will be very difficult as private sector investment is suffering due to vulnerability in the banking sector, he points out.

"This is hitting the new employment opportunity hard amid lack of new investment in the manufacturing industry. Though there is huge public investment, it is not creating employment," he added.