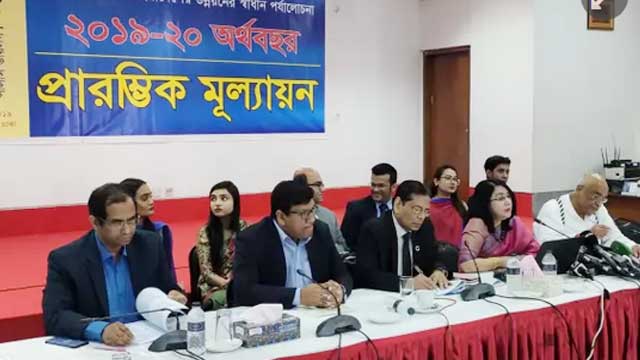 The Centre for Policy Dialogue (CPD) today said the economy of Bangladesh is now under pressure as its four major segments have been facing several types of problems.

The four areas -- revenue mobilization, banking sector, capital market and balance of payments -- have been in difficult situation due to lack of corporate governance and in absence of required policy measures.

The country’s leading think-tank expressed concern over the issues while disclosing its report on “State of the Bangladesh Economy in fiscal 2019-20” at a press briefing at the Cirdap Auditorium in capital Dhaka.

While addressing the programme, CPD Distinguished Fellow Debapriya Bhattacharya said private investments to GDP ratio have been hovering around 23 per cent for the last few years, which is awful for the economy.

Private sector credit growth plummeted to a record low in August in the recent years, he said.

Defaulted loans in the banking sector is on the rise at a time when the capital market is going through difficult situation, Bhattacharya said.

The import of capital machineries, which has a direct link with the industrial production, has also decreased, he said.

Despite the facts, the country’s GDP growth surpassed eight per cent in the last fiscal year from five-six per cent.

The government should unveil data in detail on the achieved GDP growth on how it has played role in promoting the economy, Bhattacharya said.

The authorities concern should take immediate measures to mitigate the problems or else the country’s future GDP growth will face sluggishness, according to him.