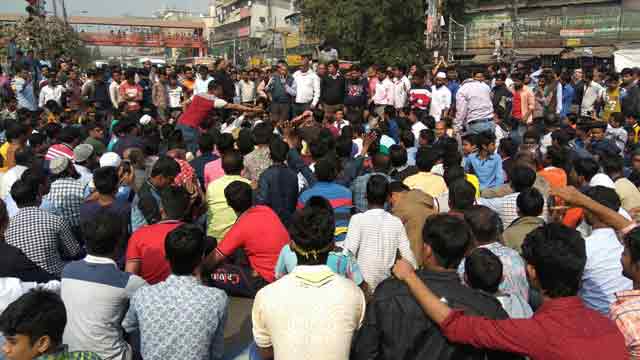 Dhaka, Jan 22 (Just News): Businessmen of New Market have blockaded Nilkhet intersection protesting against the city corporation’s move towards building a second floor of the market.

They besieged the intersection around 12:00 noon, putting halt to the entire stretch of road up to City College and beyond, causing a long tailback and suffering for commuters.

The protest and road blockade were still going on, last reported.

The business association leaders claimed that the building is a part of heritage as it was built in 1952. Besides, according to the original plan of New Market, the building is supposed to be one-storied.