RMG workers not to be allowed to travel during Eid 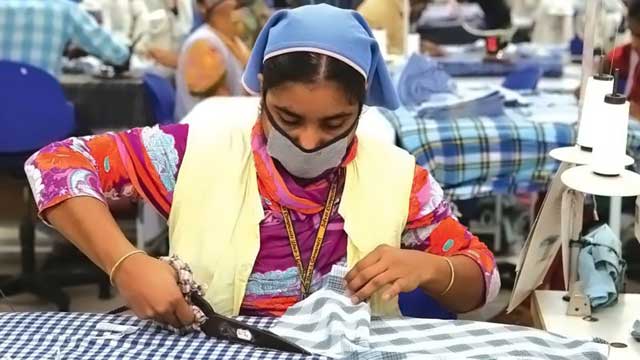 The government has decided not to allow the workers of garment and other factories to leave their residential areas during the forthcoming Eid holidays to prevent the possible transmission of coronavirus.

The government also decided to form a committee to ensure healthcare at factories, and to form three sub-committees to oversee healthcare activities in Dhaka, Narayanganj and Gazipur, which are densely populated with working class people, considering those as risky areas.

The decisions were made at an inter-ministerial meeting led by health minister Zahid Maleque on May 3, the ministry’s additional secretary Habibur Rahman Khan told New Age on Friday.

He said that formation of the committee was underway while the department concerned also asked to make a district-wise list of the workers to ensure quarantine form them if any go to home district anyway.

According to the ministry officials who attended the meeting, the authority asked factory owners and their associations to ensure necessary health safety measures.

The meeting decided to make Dhaka, Narayanganj and Gazipur as separate zones as most of the country’s RMG factories are located in the districts while COVID-19 infected patients also higher in the areas than other districts.

It decided to impose a tight restriction on movements from districts to labour-populated areas, and if anyone returns to the districts there should be enough quarantine facility.

The meeting also decided to shut down the factory if more workers get affect in any factory.

Addressing the meeting Industrial Police’s addition superintend of police Abdus Salam said that 15 RMG workers form 12 factories were infected with the virus till May 3 sine reopening the factories.