Tackling the twin challenges of climate change and inequality 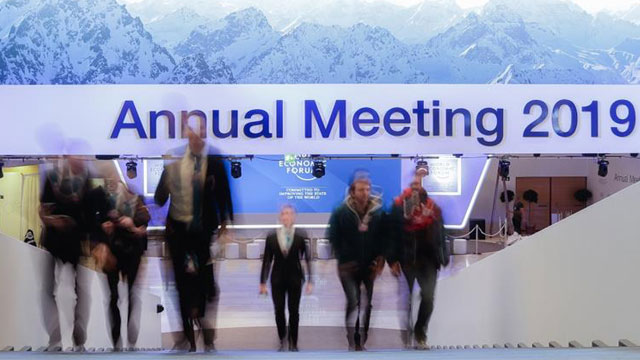 As the elite descends on Davos for this year's World Economic Forum, the world faces a twin crisis of rising inequality and climate disruption.

Already this year Thailand has seen its worst storm in 30 years rip through coastal areas. In the Alps, just east of Davos, extreme weather is causing snow chaos. Meanwhile, the world's richest one percent took home 82 percent of all new wealth last year and, according to the World Bank, almost half of all people worldwide are one medical bill or crop failure away from destitution. Inequality continues to rise as the world warms.

These crises are interlinked. The richest 10 percent are responsible for nearly half of carbon emissions caused by consumption, and yet all around the world, it's the poor and marginalised that are most at risk from the devastating effects of climate change.
Five things we can do to combat climate change (1:51)

Growing inequality and rising climate disruption are both the result of the "profit first" neoliberal economic model Davos elites have adopted in recent decades. The good news is that also means addressing climate change and inequality can go hand in hand. We can change the rules of the global economy to benefit people and the planet alike.

What is required is new rules that have ending both climate pollution and inequality at their heart. To get these passed, workers, environmentalists, feminists and many other movements are uniting around the world because together we can demand the fundamental and urgent change we need.

Even as the World Economic Forum gathers in Davos, people around the world are mobilising to put an end to inequality. We will personally deliver their challenge to the inside of the World Economic Forum. We will join Greta Thunberg, the 16-year-old Swedish climate school strike activist and tell those gathered there that "we have come here to let you know that change is coming, whether you like it or not".

Because the Davos elite has to choose. And they do have to choose now, this year, because the Intergovernmental Panel on Climate Change (IPCC) tells us unequivocally that we only have 12 years left to pull the planet back from the brink of climate emergency. They can either continue with business as usual, and face growing unrest globally over obscene inequality and an ever more unstable climate, or they can choose to back a just transition to the climate safe world that we need.

Many positive changes are already under way. Renewable energies, for example, are on the rise all over the world and keep breaking records. We know there are jobs in a climate-friendly future. Indeed, as we green every industry, there are more jobs in construction, manufacturing, transport and services than in business as usual.

However, without a plan, the technological shifts of the fourth Industrial Revolution will be disruptive. So we need to adopt clear new rules for the global economy that ensure both workers' rights and a global economy compatible with a safe climate.

We need binding targets to at least halve global emissions by 2030, and we need regulations that ensure retraining and justice to actively manage the decline of fossil fuel use around the world. We need long-term - to 2050 - plans and commitments by governments and businesses to get to a carbon-free economy, and we need trade and finance rules that support rather than undermine this just transition.

We cannot delegate a crisis of this level to public-private partnerships. Rather, we need binding rules and regulations that give workers confidence their interests will be safeguarded, markets certainty that investing in a sustainable future will be rewarded and Greta's generation hope that we will indeed act decisively enough - and in time. There are no jobs on a dead planet.

We are determined and excited that together, as environmentalists and trade unionists, we can face up to the twin challenges of inequality and climate change. Will the 'Davos Man' join us?