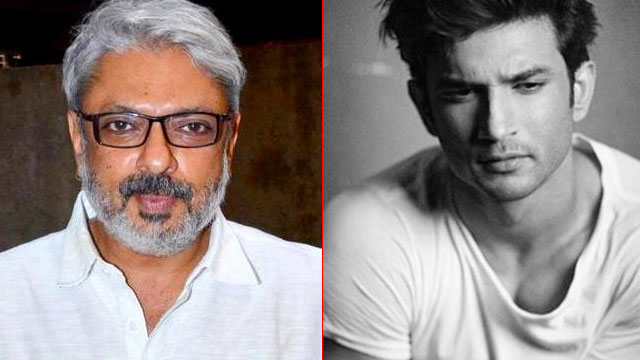 Sushant Singh Rajput was approached for as many as four films including “Goliyon Ki Rasleela: Ram-Leela” (2013), “Bajirao Mastani” (2015) and “Padmaavat” (2018) by filmmaker Sanjay Leela Bhansali. The filmmaker asserted in the statement he gave to Mumbai Police on Monday.

Bhansali’s statement was recorded over three hours at Bandra Police Station, during which time the filmmaker was accompanied by his lawyer, reports indiatoday.in.

The report added that Bhansali has revealed to the police that he had offered four films to Sushant, who backed out from three projects citing unavailability of dates.

The three films eventually turned out to be blockbusters. The filmmaker added that he had offered a fourth film to Sushant but that did not work out.

While Bhansali had reportedly chosen Sushant for the lead roles in “Goliyon Ki Rasleela: Ram-Leela” and “Bajirao Mastani”, both of which eventually went to Ranveer Singh, in “Padmaavat” the late actor was offered the role of the Rajput ruler Ratan SIngh, eventually played by Shahid Kapoor.

Till 2015, Sushant Singh Rajput was under a contract with Yash Raj Films (YRF) with whom he had done films like “Shuddh Desi Romance” (2013) and “Detective Byomkesh Bakshy” (2015).

The actor had signed a three-film deal with the production house. The third film he was signed for was Shekhar Kapur’s directorial “Paani”, which got shelved.