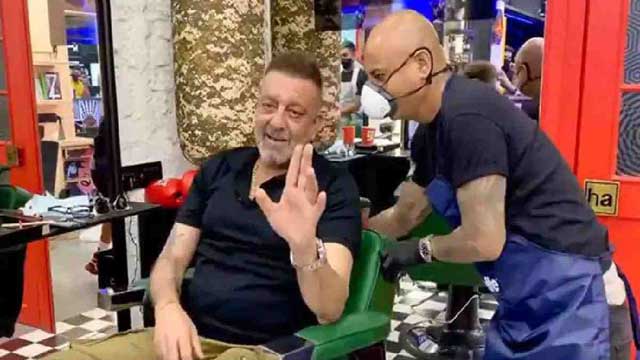 Bollywood actor Sanjay Dutt, who took a break from work because of health related issues, has confirmed that he has cancer, reports BBC.

Dutt revealed this information in an Instagram video after weeks of speculation by the Indian press.

"Will be out of this cancer soon,” said the 61-year-old who has appeared in more than 150 films.

Dutta also said he would begin shooting for his next film in November.

He recently visited a salon for a haircut. Celebrity hairstylist Aalim Hakim shared a video of Sanjay Dutt, which is going insanely viral on social media. In the video, the actor talked about being diagnosed with cancer for the first time and revealed that he is all set to be back at work, reports NDTV.

"Hi, this is Sanjay Dutt. Good to be back in the salon. Got a haircut. If you see this, this is a recent scar in my life, but I will beat it. I will be out of this cancer soon," the actor is heard saying in the video.

In August, Dutt tested for Covid-19 after he reported some difficulty in breathing. He tested negative.

He was subsequently tested at Mumbai's Lilavati hospital for other illnesses.

Amid unconfirmed media reports that he had been diagnosed with lung cancer, Dutt said in August he was "taking a short break from work for medical treatment".

The actor and his wife Maanayata issued separate statements, urging the star's fans "not to worry or unnecessarily speculate" about his condition.

He is known as one of Bollywood's most bankable stars, but his acting came to an abrupt halt when he had to return to prison in 2013 to finish a five-year jail sentence. He was convicted of firearms offences linked to the 1993 Mumbai blasts which killed 257 people and injured 713.

Yet, he successfully re-launched his career in 2016 after getting out.

He signed several new films with some of them doing extremely well at the box office. A biopic on his life, starring actor Ranbir Kapoor, was also a massive hit.

The actor has openly talked about his problems with drug addiction and his conviction in his interviews. He said these problems only made him stronger.

He has also witnessed two cancer-related deaths in his family. His mother Nargis died of pancreatic cancer in 1981 - just days before he made his Bollywood debut.