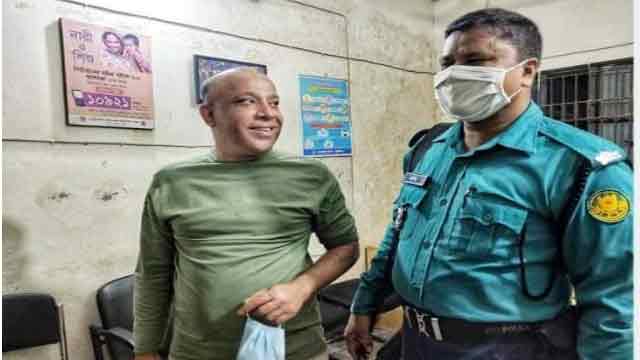 Police have arrested poet and filmmaker Tokon Thakur from New Market area of Dhaka as a court issued a warrant in a Compliant Registered (CR) case against him.

“We had a warrant against Tokon Thakur and we arrested him accordingly. Apart from that we do not know anything about the case,” New Market police station Officer-in-Charge (OC) MM Kaiyum told.

According to sources, Tokon Thakur received a government grant in 2013 to make a film based on Shahidul Zaheer's story “Kanta.”

He took Tk13 lakh from the Ministry of Information out of Tk35 lakh of the government grant but did not do any work on the film.

Later, a case was filed against him on behalf of the Ministry of Information for embezzling government funds.

On October 3, Dhaka Chief Metropolitan Magistrate court issued a warrant against him in connection to the case following which he was arrested.