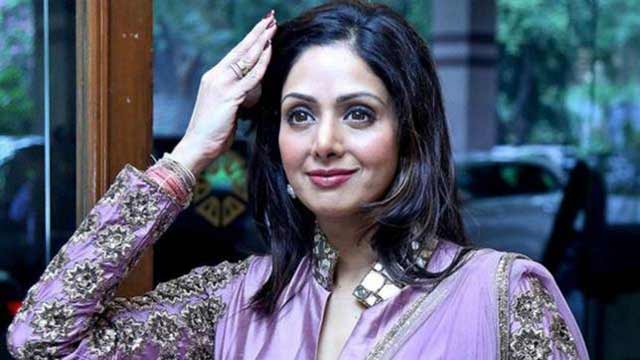 Abu Dhabi, Feb 25 (Just News) : Bollywood superstar Sridevi Kapoor, considered by many to be one of the biggest names in Hindi cinema, has died after suffering a heart attack in Dubai, her family told PTI Sunday.

The shock death of the beloved Indian star in her mid-fifties, who reportedly passed away while attending her nephew's wedding in the emirate late Saturday night, prompted an outpouring of grief among fans and fellow Bollywood actors.

‘I have no words. Condolences to everyone who loved Sridevi. A dark day. RIP,’ tweeted actress Priyanka Chopra.

Born Shree Amma Yanger Ayappan, Sridevi made her acting debut aged just four, and went on have a career spanning over four decades.

She appeared in a string of blockbuster hit films including Chandni, Mr India, Mawali and Tohfa.

She was awarded the Padma Shri, India's fourth highest civilian award, for her services to the film industry.