Model Swarna, 2 others to be interrogated in jail gate 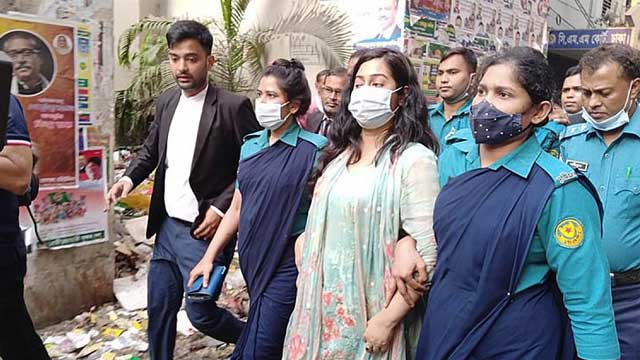 A Dhaka court today ordered police to interrogate model and actress Romana Islam Swarna, 40, and two others for a day in jail gate in a fraud case.

The two other accused are Swarna’s mother Ashrafi Islam Shelly, 60, and son Annafi, 20.

Dhaka Metropolitan Magistrate Begum Mahmuda Akter passed the order as police produced the trio before the court and investigation officer and Mohammadpur Police Station Inspector Md Dulal Hossain pleaded to place them on five-day remand each. The defence counsel, however, argued for their bail.

Police arrested Swarna and two others from Lalmatia area on the evening of March 11.

Swarna is accused of realizing around Taka 1.5 crore from a Saudi expatriate through fraud.