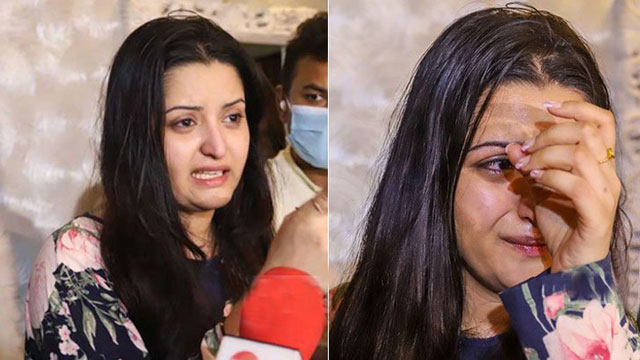 Popular Dhallywood actress Pori Moni alleged attempt to rape and murder of her at Uttara Boat club in Ashulia on Thursday.

The actress herself confirmed the matter to media through a press conference at her residence in Banani Sunday night.

‘I went out with my makeup artiste Jimi and my friend Omi. Omi took me to a club at Ashulia at about 12:00am on Thursday. Omi introduced me to some people who were drunk. They offered me to drink alcohol. When I refused to drink, they gave me alcohol forcibly and I became senseless,’ said Pori Moni.

She said that an elderly man named Nasir U Mahmood, president of the club, assaulted her physically and mentally.

Pori Moni also said that Nasir gave his identity as a friend of the inspector general of police Benazir Ahmed.

‘I went to the Banani police station for lodging a case or general dairy but the duty officer told me to wait for the officer-in-charge. Finally, they did not give us any copy of general diary,’ claimed Pori.

‘I also contacted with my well-wishers including, Bangladesh Film Artistes’ Association general secretary Jayed Khan and former Film Directors’ Association president Mushfiqur Rahman Gulzar. No one helped me in this regard,’ Pori added.

‘They are powerful. If I die, it would not be suicide. It will be murder,’ said Pori.