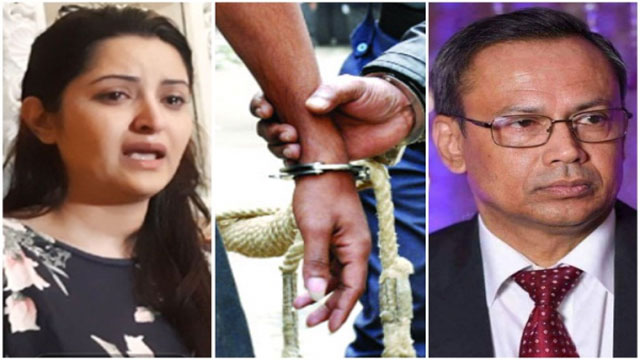 Detectives on Monday arrested five people including the prime accoused Nasir U Mahmood in a rape and murder attempt case filed by Dhallywood actress Pori Moni.

They were arrested at a house in Uttara Sector-12 in the afternoon, hours after Pori Moni filed the case with Savar police station, said Detective Branch joint commissioner Harun Or Rashid.

Briefing reporters on the spot he said that they seized drugs on the spot and detectives would file a case in this connection.

Prime accused Nasir U Mahmood is a businessman.

In her case Pori Moni named two people including Nasir and three unnamed others.

The actress herself came up with the allegation through a press conference at her residence in Banani Sunday night.