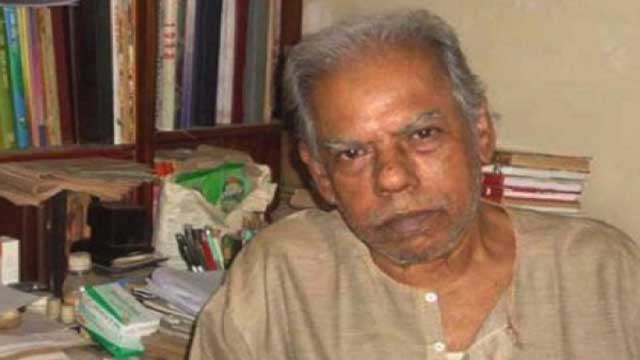 Noted lyricist Fazal-e-Khuda, known for the song "Salam Salam Hajar Salam", has died of coronavirus while undergoing treatment at a Dhaka hospital.

The 81-year-old breathed his last at the Shaheed Suhrawardy Medical College Hospital around 4 am on Sunday, confirmed Kabir Bakul, general secretary of Geetikabi Sangha.

The lyricist is survived by his wife, three sons and numerous admirers. He will be buried at the Rayerbazar graveyard, reports Bangla Tribune.

Fazal-e-Khuda began his career as a lyricist with the Bangladesh Betar in 1963 and later retired as a director.

His song, “Salam Salam Hajar Salam” sung by Abdul Jabbar, had boosted the morale of Bangladeshis fighting for independence in 1971.

Founder of children’s organization ‘Shapla Shaluker Ashor’, Fazal-e-Khuda was also known as a poet and organizer.

He was the editor of the monthly children's magazine ‘Shapla Shaluk’ in the 1970s. He wrote 33 volumes, including 15 poetry and rhyme anthologies.