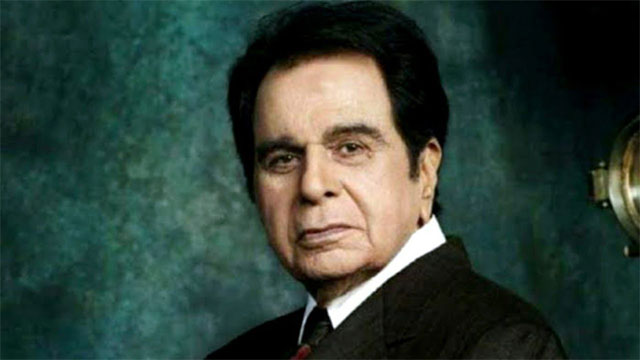 Legendary Bollywood actor Dilip Kumar died at a private hospital in India’s financial capital Mumbai on Wednesday. He was 98.

The ‘Tragedy King of Bollywood’ was admitted to the premier Hinduja Hospital last week after he complained of breathlessness. In fact, he had been in and out of the hospital over the past few years with age-related illnesses.

‘Dilip Kumar passed away due to prolonged illness at 7:30am,’ Jalil Parkar, a doctor who had been treating the thespian at the hospital, told the local media.

The actor’s family friend, Faisal Farooqui, also confirmed the death on his Twitter handle. ‘With a heavy heart and profound grief, I announce the passing away of our beloved Dilip saab a few minutes ago. We are from God and to him we return.’

Prime minister Narendra Modi too took to social media to offer his condolences to the family and fans of the cinematic legend.

‘Dilip Kumar ji will be remembered as a cinematic legend. He was blessed with unparalleled brilliance, due to which audiences across generations were enthralled. His passing away is a loss to our cultural world,’ Modi tweeted.

On Monday, his actress-wife of 50 years, Saira Banu, tweeted: ‘We are grateful for God’s infinite mercy on Dilip Saab that his health is improving. We are still in hospital and request your prayers and duas so that Insh’Allah he is healthy and discharged soon.’

Born Yusuf Khan in Peshawar (now in Pakistan) in 1922 before the partition of India, Dilip Kumar acted in 65 films in an illustrious career spanning five decades.

A trendsetter in Bollywood who inspired generations of actors, Dilip Kumar won hearts of millions in India with his all-time greats like Mela, Naya Daur, Ganga Jumna, Devdas and Mughal-e-Azam. He last acted in a film in 1998.

Apart from a number of film awards, Dilip Kumar was conferred with two of India’s highest civilian awards.

‘To us actors, he was The Hero. #DilipKumar sir has taken an entire era of Indian cinema away with him,’ aptly summed up Bollywood superstar Akshay Kumar in a tweet.