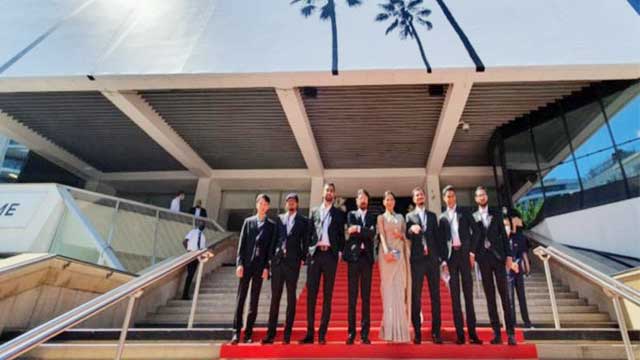 "Rehana Maryam Noor" received a standing ovation by the audience today at the Cannes Film Festival. The film screened at 11: 15 am (3:15 pm Bangladeshi time) today.

The film was the first Bangladeshi venture to be officiously selected for Cannes in the 'Un Certain Regard' section.

"I am immensely grateful and overjoyed after the reaction," said Badhan, in her Facebook live video after the screening. The actor was seen in tears of joy after the event. "I give all credit to Saad, and the wonderful team who worked so hard to make it this far."

Earlier, a huge queue was seen en route to the theatre that displayed the film, portraying the buzz that "Rehana Maryam Noor" has already created in the festival.

All eyes will now be fixated on July 16, on which the award giving ceremony of the Un Certain Regard section will be held.