Pori Moni exposes screenshot with Mim, says she is not ‘jealous’ 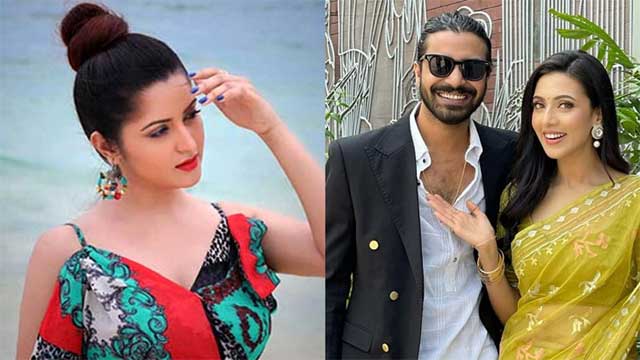 Film star Pori Moni took the internet by storm yesterday, when she accused Bidya Sinha Mim of 'mingling too much' with her husband, actor Sariful Razz. She angrily wrote on Facebook, "Can't you be satisfied with your own husband?"

In reply, Mim said in a Facebook post that there are people who are jealous of her recent success, and she will take legal actions against baseless accusations.

Later, Pori Moni explained her situation in a much calmer tone, through a Facebook status. "How could you even think that I am jealous", wrote Pori. "After 'Poran', I am the one who encouraged you and Razz to work together, we were in good terms".

But she explained that their excessive mingling is taking a heavy toll on her. "While you talk all the time in excuse of promoting 'Damal', I am the one who has to take care of the baby all night. It is really tiring for me, and creating problems for my family."

In a screenshot that Pori Moni posted in the comments, it is seen that the actress is in good terms with Bidya Sinha Mim, and even tried to help her get more projects.