Shah Rukh gets a lift in Mamata Banerjee’s ‘small car’ 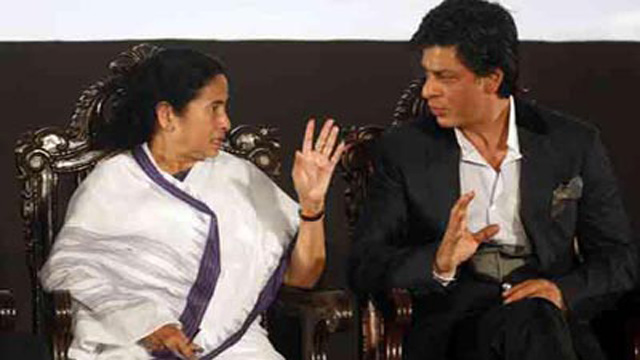 Dhaka, Nov 17 (Just News) : Bollywood superstar Shah Rukh Khan has won over the Internet yet again, and this time it was for hitching a ride with West Bengal Chief Minister Mamata Banerjee to the Kolkata airport in her rather small Santro.

Sitting in the backseat and later touching the CM’s feet after he got down from the car has earned King Khan some major brownie points with his fans. This seemed apt since King Khan is not only the state’s brand ambassador but also the car brand Hyundai’s since 1998, reports the Indian Express.

Shah Rukh was in town for the Kolkata International Film Festival, when Banerjee insisted she drop the actor off at the airport for his flight out of the city.