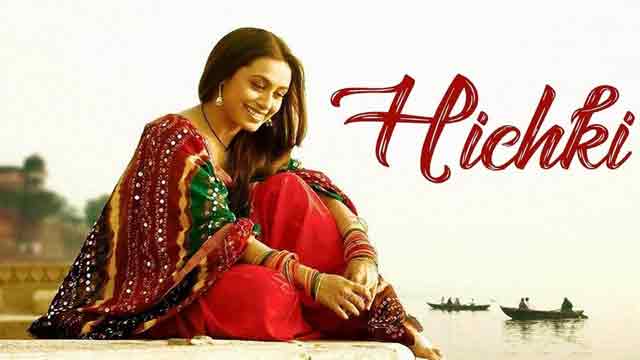 The film, directed by Sidharth P Malhotra, will be releasing in the country on October 12.

The 40-year-old actor will promote the feature in Beijing, Shanghai, Shenzhen, Guangzhou and Chengdu.

China has over the years emerged as a huge market for Indian movies with films like "Dangal", "Secret Superstar", "Bajrangi Bhaijaan" and "Hindi Medium" doing great at the box office.

"'Hichki', with its universal story, has connected with so many people across the world and we are hopeful that the inspiring social message will also connect with audiences in China.

Our film is a reflection and a commentary of society at large," Rani said in a statement.

Given the performances of earlier features at the Chinese box office, Rani hopes her film will do well.

"It highlights how we all have deficiencies, weaknesses - either physical or in our personalities and in our thinking - and why we need to overcome them to make the world a better place for everyone.

"Social dramas are appreciated by audiences in China and I am hopeful that my film with resonate there.

I'm looking forward to meeting the media and audiences in China and making many new friends," she said.

The film, which released in India on March 23 this year, featured Rani as Naina Mathur, a school teacher dealing with an involuntary nervous system disorder, Tourette Syndrome.