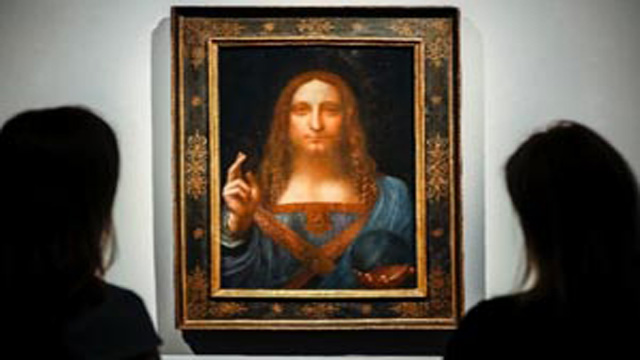 The auction broke records of Picasso’s 1955 Women of Algiers (Version O), sold for $179.4 million, and Amedeo Modigliani’s 1917-18 Reclining Nude, sold for $170.4 million.
The painting, "Salvator Mundi", is believed to be one of the only 20 surviving pieces done by the Italian Renaissance polymath.

The work, commissioned by the French king Louis XII 500 years ago and possessed by the English king Charles I, had ended up in the hands of a Russian billionaire, who bought it in 2013 for $127.5 million.

The painting shows Jesus Christ with one hand raised, the other holding a glass sphere.
Christie's described it before as “the biggest discovery of the 21st century”.