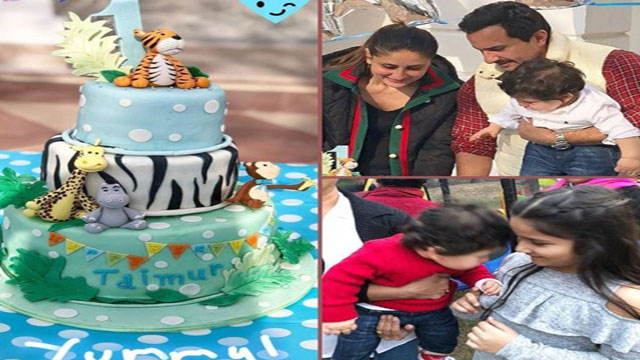 Giving him company were his famous parents Kareena Kapoor and Saif Ali Khan, his aunt Karisma Kapoor with her kids Samaira and Kiaan and actor Amrita Arora.

To make the birthday special, his parents had arranged the perfect birthday party with toy horses, a merry-go-round, balloons and more. 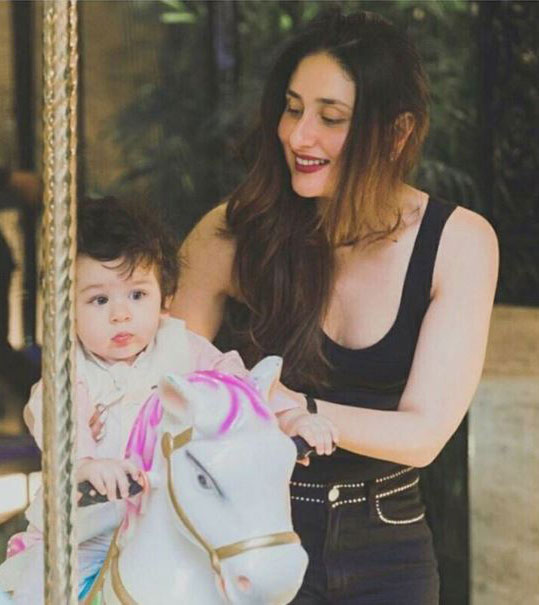 In one of the pictures, Taimur poses astride a toy horse, with mommy Kareena for company.

The party took place at the Pataudi Palace, which is the heritage home of the nawabs of Pataudi.

The family had made it clear that the party will be only for the family and select friends. Kareena had said earlier, ‘It’s going to be a family affair. It’s not going to be a big Bollywood party like how everyone sees it.

It’s his first birthday and he should be with his family — his parents and his grandparents. It’s going to be a small intimate thing.’ 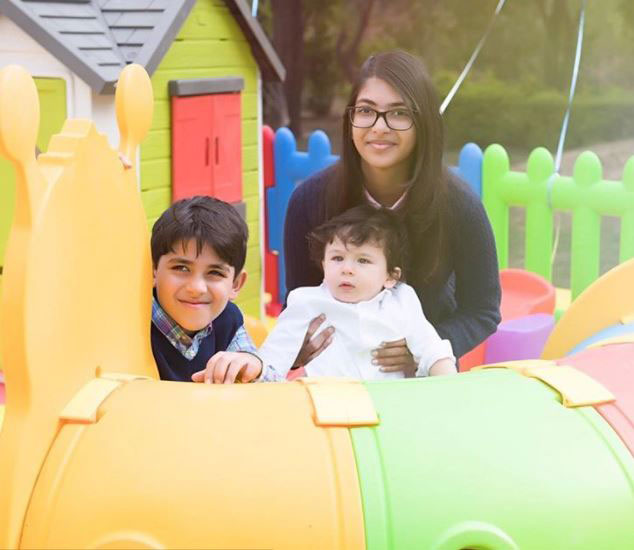 Kareena had said about her son, ‘Saif and I keep arguing that he is more like a Pataudi and I am like no, he is like a Kapoor.

But of course, his gorgeous sea blue eyes, which he has taken from my grandfather [Raj Kapoor] and Lolo [Karisma Kapoor] and that is amazing.’