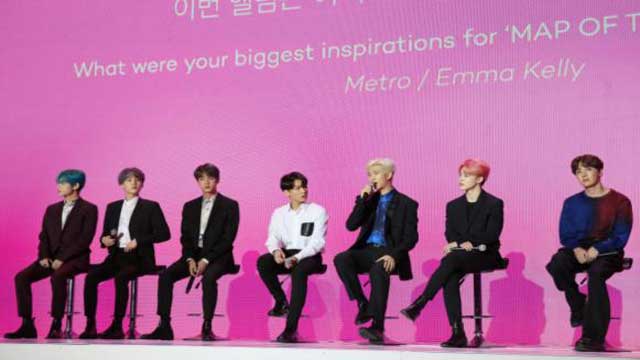 K-pop sensations BTS has topped the British chart with its new album, becoming the first South Korean artists to do so.

The new album “Map of the Soul: Persona” landed at the top with 26,500 combined sales on Friday (local time), the Official Charts Co. said.

The album's main track, “Boy With Luv,” is also the band’s first ever British Top 15 single, charting at number 13 on Friday, it said.

“Map of The Soul: Persona” is BTS‘ fourth collection to chart in the UK Top 40, following their three-part “Love Yourself” album series, it added.The latest feat adds to a slew of records the new BTS album has set in the week after the album hit the world music scene on April 12.

The music video of “Boy With Luv,” featuring American diva Halsey, became the fastest YouTube video ever to garner 100 million views, surpassing the milestone in less than 38 hours.