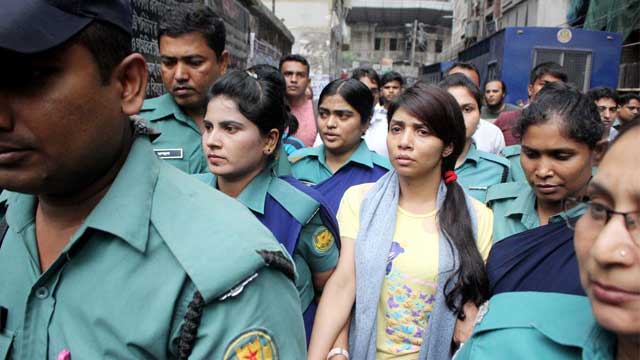 Police have pressed charges against actress Quazi Nawshaba Ahmed in a case filed under Information and Communication Technology (ICT) Act allegedly for spreading rumours on social media about the last year’s student movement for safe roads.

Shawkat Ali Sarkar, an inspector of Counter Terrorism and Transnational Crime unit (CTTC) and also investigation officer of the case, submitted the charge sheet against Nawshaba to Chief Metropolitan Magistrate’s Court of Dhaka on May 15.

The news of submitting the charge sheet was published today.

In the charge sheet, the IO said charges brought against her of creating anarchy and confusing people was primarily proved. So she should be brought under trial, it reads.

Nawshaba was detained from Uttara on August 4 last year for allegedly spreading rumours on social media about the student movement. Police said she did so to create anarchy and confuse people.

The next day she was placed on a four-day remand after police produced her before the court with a seven-day remand prayer. On August 10, she was again granted a fresh two-day remand for quizzing.

Later on August 23, she was granted bail considering her health condition.