Raudha gave in to her despair: PBI report 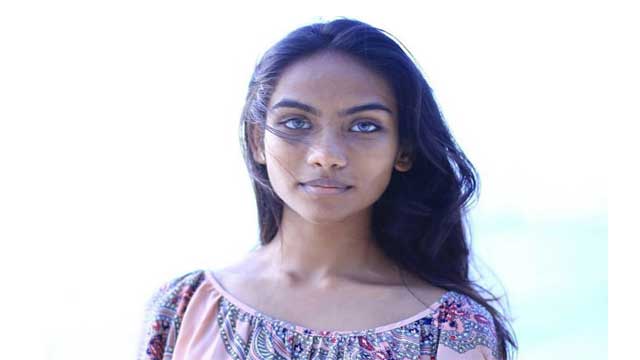 The Maldivian model and medical student Raudha Athif gave in to her despair when she discovered her boyfriend was cheating on her, Police Bureau of Investigation (PBI) said in the final report into her death today.

Sub Inspector Saidur Rahman, the investigating officer of PBI submitted the final report with a Rajshahi court in the afternoon ruling out the possibility of her murder.

Saidur said that the PBI gathered evidence that proves her death by suicide and it was due to her ‘utter despair’ over the breakup with her boyfriend.

“You killed me,” Raudha wrote to her boyfriend Shahi Ghani in her last recorded WhatsApp conversation hours before her death while her last received WhatsApp call was also from the boyfriend, the final report says.

Shahi Ghani, also a Maldivian, and is currently studying molecular biology and pathology of viruses department in London Imperial College in the UK, says the report.

Raudha, 20, who was featured as a Maldivian model in a Vogue magazine cover in 2016, and was a second year student at Islami Bank Medical College in Rajshahi. On March 29, 2017, she was found dead at her college dormitory room.

Raudha and Shahi had an affair and four months before her death, they spent around two weeks together in India. PBI learnt about their affair analysing the photographs they found on her phone, laptop and about 17000 pages of WhatsApp and Facebook conversations between them, the report says.

On the night before her death, Raudha infiltrated into the facebook messenger of Shahi and discovered that he was cheating on her, the PBI official said.

At her discovery, she attempted suicide by taking sedative pills on the night of March 28, 2017, when she was treated at her medical college hospital. PBI also found the presence of rat killers on her bed, but Raudha didn’t use it, the official said.

Then in early hours of the next day, she wrote to Shahi, “I only loved you, you never loved me. You’re a terrible human being. You’ve done irreparable damage. There’s nothing left… I feel hollow. I feel dead.”

She took her life any time after she wrote to him “You killed me” at 2.30am, the report says.

“These messages clearly show that she couldn’t endure his cheating,” the investigating officer said in the final report.

However, the PBI was not bringing any allegation against Raudha’s boyfriend as he is not a citizen of Bangladesh and they were not asked to do that, said the official.

After Raudha’s death, her father Mohammad Athif filed a murder case, accusing her classmate on April 10, 2017. The case was investigated by local police, Detective Branch and Criminal Investigation Department who came up with a final report suggesting her suicide.

Her father rejected the reports and submitted a no-confidence petition with a Rajshahi court. Following the court order, PBI had been investigating the case since December 23, 2017.

The PBI report says the allegations brought by Raudha’s father was found out in the investigation to be ‘mistake of facts’.

It says the ligature marks around Raudha’s neck were non-continuous as proved by the autopsy reports and the marks that her father claimed to be fingerprinted are bruised by the thin metals that were with her scarf.

The PBI did not find any witnesses or evidence regarding the involvement of her classmate with her death. “The accused girl is innocent. She saw her hanging body peeping through a hole on her door in the morning, made shouts and fell unconscious,” the PBI official said.