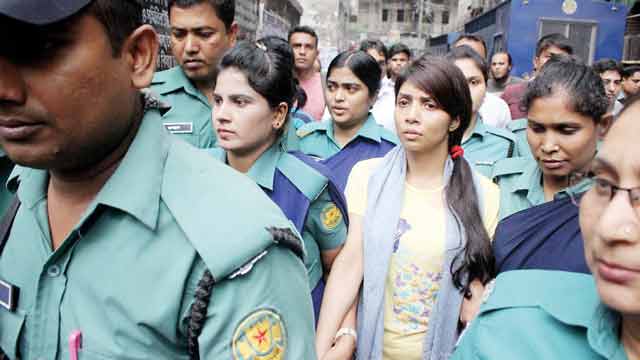 The High Court today stayed the trial proceedings against actress Quazi Nawshaba Ahmed in a case filed under the Information and Communication Technology (ICT) Act, for allegedly spreading rumours on social media during last year’s student protests for safe roads.

The court also issued a rule asking the authorities concerned of the government to explain in four weeks why the proceedings of the case should not be scrapped.

The bench of Justice Md Rezaul Haque and Justice Bhishmadev Chakrabortty came up with the order and rule following a petition filed by Nawshaba seeking cancellation of the case proceedings.

Deputy Attorney General Md Aminur Rahman Chowdhury Tiku told The Daily Star that the HC stayed the trial proceedings against Nawshaba, who is now on bail, as this court has earlier stayed the proceedings of a similar case.

Nawshaba was detained from Dhaka’s Uttara on August 4 last year for allegedly spreading rumours on social media regarding the student movement.

Police filed a case under the ICT Act against Nawshaba with Uttara Pashchim Police Station on August 5 and the same day, she was placed on a four-day remand.

On August 10, she was again granted a two-day remand for further quizzing. On August 23, she was granted bail considering her health condition.

After walking out on bail, she thanked Prime Minister Sheikh Hasina.

In a Facebook post, she thanked the premier for “giving her the opportunity to celebrate Eid-ul-Azha with her family, especially with her daughter Prakriti.”

Earlier on May 15, police submitted charge sheet against Nawshaba in the case to the to the Chief Metropolitan Magistrate’s Court of Dhaka.