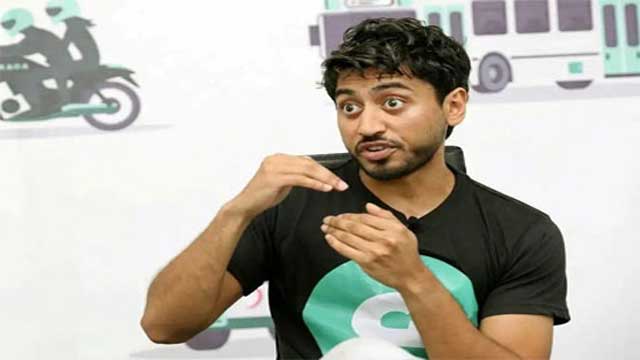 In the latest development in the investigation into the Fahim Saleh murder, the New York Police Department (NYPD) has narrowed in on a person of interest.

A person responsible for the gruesome murder of the Pathao co-founder and tech CEO in his Lower East Side flat in Manhattan, New York City, has been identified, but he is not yet in police custody, The New York Post reported on Thursday citing multiple NYPD sources.

Police said the person of interest worked for Fahim, and their business deal apparently went bad, according to ABC7.

Fahim, 33, was brutally killed and decapitated in his flat on Monday afternoon.

He was last seen on a surveillance video in the lift of his luxurious East Houston Street building around 1:40pm on Monday. While he was riding up to his $2.2 million flat, a man wearing a “ninja-like” hood had followed him into the lift beside him, the New York Post report added.

After the doors of the lift opened directly into Fahim’s seventh-floor flat, the man followed him inside and tased him, the last image captured by the surveillance camera shows.

Fahim was repeatedly and fatally stabbed in his neck and torso, at some point over the next 26 hours, according to the New York City Medical Examiner’s Office report issued on Thursday.

But before the murderer could scrub the condo clean and dispose of the body, Fahim's sister buzzed into the building through a virtual doorman, prompting the killer to run down the stairs, a source told the Daily News.

The horrified sister was in tears as she called 911 when she found her brother’s bloodied remains.

The motive behind Fahim’s murder appeared to be financial in nature, a senior NYPD official told NBC2 on Wednesday.

In a statement to the Daily News, Fahim’s family said nothing would bring them peace until his killer was arrested.

“There are no words or actions to provide any of us comfort except the capture of the person who exhibited nothing short of evil upon our loved one,” the family said.

His family urged police to “work diligently to get to the bottom of his horrific crime.”

“Fahim is more than what you are reading. He is so much more. His brilliant and innovative mind took everyone who was a part of his world on a journey and he made sure never to leave anyone behind,” the family said.

“Fahim found success at an early age and built on it year after year, while remaining grounded and committed to helping others. No matter what he did, he did it while thinking of the greater good and his family. His parents and his sisters were his light and he was theirs,” they said.